Having been released by Mansfield Town last month, goalkeeper Aidan Stone has signed a one-year deal with fellow League Two club Port Vale with the option for a second season. 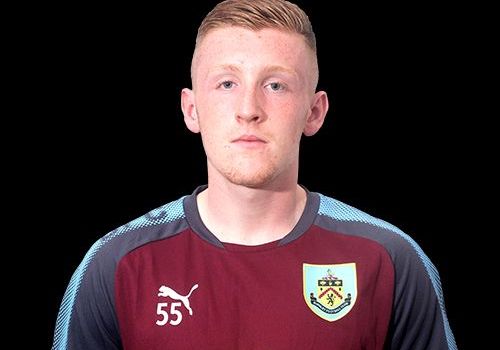 He joined Burnley from non-league Brocton as a 17-year-old at the end of the 2016/17 season but was released two years later when he made the move to Mansfield. He was signed as cover for Conrad Logan and Bobby Olejnic but did make his league debut in February 2020 keeping a clean sheet in a 1-0 home win against Newport.

The signing of Marek Stech last summer pushed him back down and he even spent a month on loan with Widnes. Things changed following the appointment of Nigel Clough as manager. He won his place back in the team and was a virtual ever present from January, so it was considered a big surprise when he was released, something Stone himself admitted although he did confirm he had other options.

Yesterday he signed for Port Vale and became their second goalkeeper signing this week following the capture of Torquay’s Brazilian Lucas Covolan just days after his goalscoring appearance in the National League play-off final.

Port Vale boss Darrell Clarke said: “We are pleased to have secured Aidan’s future at Vale Park and expect to have a healthy dose of competition now in the goalkeeping positions, following Lucas’ arrival earlier in the week.

“Another permanent addition to the goalkeeping ranks was preferred over am loan move and developing another club’s player, with 21-year-old Aidan most well suited to the club’s requirements. He is a young, promising goalkeeper and joins with EFL experience. We are confident Ronnie (Sinclair, goalkeeping coach) will be able to continue Aidan’s professional development at the club.

« Thirty days and out for Johnny Mac at Swindon
When have the Clarets been on television? »