Vintage Clarets in action this Sunday for charity 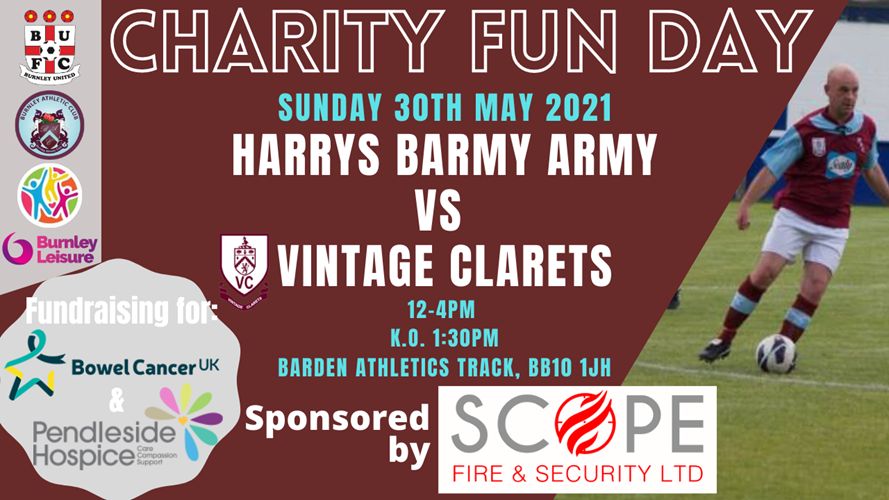 Burnley United have organised a charity fun day this coming Sunday, 30th May with the Vintage Clarets to line up against Borrowdale United at Barden Athletic Track.

The Vintage Clarets have already confirmed that Chris Brass, David Eyres, Gerry Harrison, Ash Hoskin, Graham Lancashire, George Oghani and Paul Smith will all feature in the game that will kick off at 1:30 p.m.

The game and the whole day is raising money for Pendleside Hospice and Bowel Cancer UK in support of former Borrowdale player Mark ‘Harry’ Harrison who was diagnosed with Stage 4 Bowel Cancer in July last year.

Burnley fan Mark has had a very difficult year but has had some positive news recently, being told that he will be able to enjoy Christmas at the end of this year. Regarding this Sunday’s event, he said: “I’m thrilled that some of my former footballing team mates have decided to help me raise money doing what we love, playing football, with the added bonus of it being against former players of my favourite club Burnley FC.”

The fun day all gets underway at 12 noon and we hope a lot of money can be raised for the two charities while sending our best wishes to Mark with the hope that he has a full recovery.