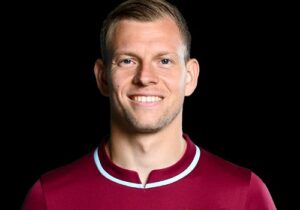 Striker Matěj Vydra has today been named by coach Jaroslav Šilhavý in the Czech Republic squad for their three upcoming World Cup qualifiers against Estonia, Belgium and Wales.

Vydra is very much part of the first team currently at Burnley. He’s started each of the last five Premier League games and eight out of the last ten. He’s been in excellent form and scored his one goal in the 1-1 home draw against Leicester.

His form has seen him retain is place in the Czech squad who will kick off their programme of three games with an away game against Estonia in Tallinn on Wednesday, 24th March.

Three days later they entertain Belgium in Prague before completing the games on Tuesday, 30th March with their away game against Wales at the Cardiff City Stadium.