Matěj Vydra scored the goal that gave us the lead last Sunday against Newcastle and his performance, despite the defeat, was considered the best both in the man of the match vote and the player ratings. 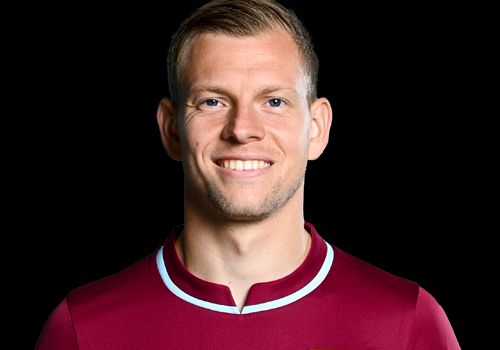 He won the man of the match by some distance, polling 58% of the vote ahead of strike partner Chris Wood who won a 19% share. Dwight McNeil was third with 8% while midfielder Ashley Westwood took fourth place with 4% of the vote.

The two strikers won the first two places in the player ratings too although it was somewhat closer. Again Vydra was the winner with a rating of 7.02 out of 10, followed by Wood who scored 6.86. Goalkeeper Bailey Peacock-Farrell, who came in for the injured Nick Pope, was third with 6.06 and just behind him McNeil took fourth place with a rating of 6.04 out of 10.

This has given Vydra ten points towards the Up the Clarets Player of the Year which has moved him ahead of three players into fourth place. There are six points for Wood, three for McNeil, two for Peacock-Farrell and one point for Westwood.

Vydra is just point ahead of both McNeil and Charlie Taylor and now only 16 points behind third place Ben Mee with the top two remaining some distance away and leader Nick Pope’s position not affected by his absence.

The next vote will be underway this Sunday soon after the final whistle at Old Trafford while below is the Newcastle result and the current player of the year table.