Ward wins place as we move into the centre of defence

Stephen Ward has won the vote for the left-back berth as we search for Burnley’s best Premier League team, a team based on performances by players in our eight years in the league.

It always looked as though it would be a fight between Ireland international Ward and current incumbent Charlie Taylor and so it proved with the pair winning almost 97% of the votes between them. 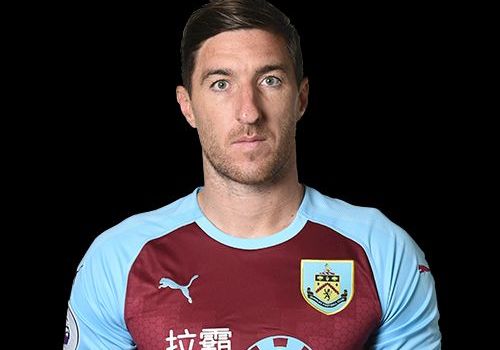 Ward it was who beat Taylor. He had 55% of the vote with Taylor securing 42% and he becomes the third name on the team sheet alongside Nick Pope and Kieran Trippier.

Now we turn out attentions to the two central defensive positions and there are eight players who are available. We start with Clarke Carlisle (27 appearances) who was in our first ever Premier League team at Stoke. By the end of that season, both Andre Bikey (28) and Michael Duff (32) had featured.

On our return in 2014, Jason Shackell (38) was a regular while Michael Keane (56) had a decent run in the team. Kevin Long (48) made his very brief Premier League debut at Newcastle where he suffered a ruptured ACL.

Ben Mee (217) had played at left-back in the 2014/15 season but when we returned to the Premier League in 2016, he was very much a central defender alongside Keane but for the last five seasons Mee has partnered the last of the contenders James Tarkowski (194).

The voting is now underway and will run until the end of Sunday. Please note, given that we are looking for two players, you will be able to vote for two from the list of eight.

The voting poll can be found below and, if viewing the desktop version of the site, on every page below the monthly archive links and next week we will move on to the midfield.

Who have been our best Premier League central defenders?