We must take Brighton by storm at the Amex 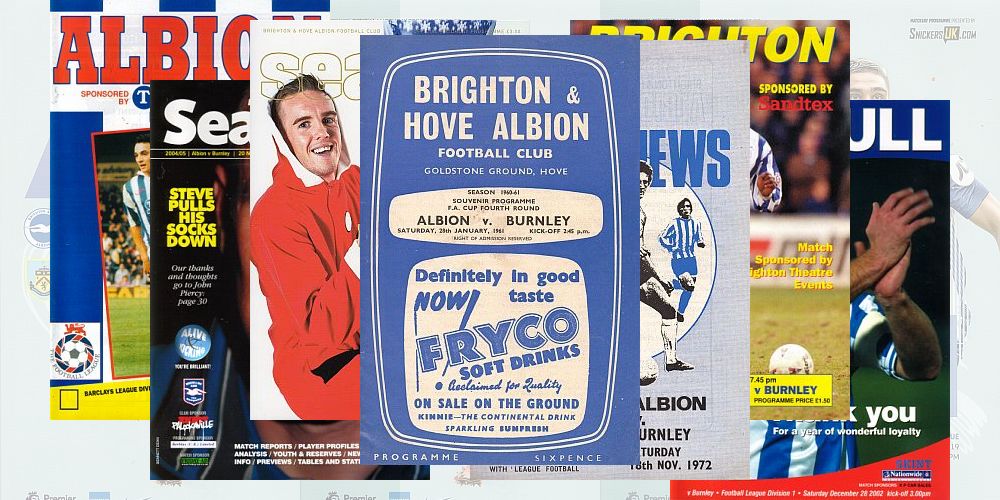 Burnley travel to the Sussex coast tomorrow almost desperately in need of points if we are to have any chance of climbing out of the bottom three in the Premier League.

Two years ago we won 2-1 at Southampton with goals from Ashley Westwood and Matěj Vydra as Storm Dennis hit the south coast. Now, around 70 miles along the coast to the east we hit Storm Eunice with the game expected to be played in difficult conditions.

We’ve won nine Premier League games on the road since that day in Southampton but that was the last time we were able to pick up three away points in front of the Burnley fans with the other nine since all played either behind closed doors or with a limited attendance of home fans.

There can’t be a better time to get that win to add to the only win all season at home against Brentford. We’ve played better in more recent games but while we’ve been picking up three points from four games, we have seen Newcastle edge away from us and that’s left us now a massive seven points behind fourth from bottom.

Yes, we’ve games in hand but only Watford now have a worse points per game ratio and it is going to be difficult getting ourselves out of this one. While tomorrow is not a must win game, there is really no doubt that unless we start winning soon, and winning a few games, it’s not going to be enough.

There are some positives. We’ve conceded just two goals in the last four games, and that’s important, and new recruit Wout Weghorst has settled in well and I’m sure will be a big threat to defences once he’s scored his first goal. Goals are going to be important and in those four games we’ve scored just once with Jay Rodriguez netting to earn us the point against Manchester United a week last Tuesday.

Embed from Getty Images
Goalkeeper Nick Pope, who kept two clean sheets against Arsenal and Watford to make it five for the season remains confident. He said: “I think there is a fair amount of confidence from that defensive solidity that we have built on over the last few weeks.

“Some decent results in there against some top teams like United and Arsenal, so there is definitely some confidence going into the weekend. It’s good to have something to build on like that, it’s a big second half of the season coming up.”

Sean Dyche delivered good news yesterday, reporting that he expects Weghorst to be fit. He’s made a big impression so far and I’m sure that first goal will make all the difference. He’s appearing to build up a good understanding with Jay Rodriguez too.

None of the other players who haven’t been available recently will return although the news is good on all of Charlie Taylor, Jόhann Berg Guðmundsson and Vydra. The big news regarding the team will be whether Dwight McNeil returns having been on the bench last week. If he does then I would think it likely that he will replace Maxwel Cornet.

We are facing a Brighton team who are currently having by far their best season since winning promotion. Previously they’ve twice finished 15th and once each  in 16th and 17th place, but they go into tomorrow’s game as high as ninth.

They were beaten 2-0 at Old Trafford in midweek and that was only their fifth defeat of the season. No team outside the top three can match that; they’ve all lost less, but like us, they are probably paying the price for the number of draws and, with twelve, are the only team to have shared the spoils more than us, Crystal Palace and Southampton who all have eleven draws.

I suppose, given that eight of the last twelve games between Brighton and Burnley have ended all square, coupled with our records this season, a draw seems the most likely outcome tomorrow.

Embed from Getty Images
They’ve scored eight goals more than us while conceding just two less. Neal Maupay has to be considered the main threat in terms of goals but neither Alexis Mac Allister nor Leandro Trossard have been shy in front of goal.

They will be without Lewis Dunk tomorrow. He will be serving a one match ban following his red card at Old Trafford. Enock Mwepu and Jeremy Sarmiento are the only other players ruled out. Mwepu hasn’t played since suffering an injury in their FA Cup win at West Brom six weeks ago. Sarmiento came off early in their draw at West Ham at the beginning of December.

The game at Brighton last season ended in a 0-0 draw in what was our seventh game of the season. The result brought us our second point of the season having previously secured a point at West Brom in another 0-0 draw.

Embed from Getty Images
It was enough to take us off the bottom of the league but with the Premier League charging £14.95 to watch the game via pay per view, we opted to instead make a donation of the same amount to Clarets for Foodbanks and as such were unable to provide a report.