Welcome return to football for McDonald

It’s derby week in Scotland this week. Tonight is the Old Firm game and last night we saw Hearts play Hibs while up in Dundee the United fans made the short trip along Tannadice Street to play their rivals Dundee at Dens Park.

The Dundee derby ended 0-0 which meant a clean sheet for former Burnley goalkeeper Adam Legzdins who has become the regular first team goalkeeper since joining them in November 2020. 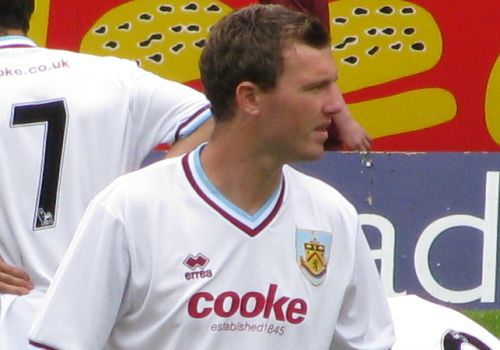 However, there was a familiar name to Burnley fans on the Dundee United bench, that of Kevin McDonald. He didn’t come on, but his very presence is heartening news for a player who last started a game of football almost two years ago.

He made seven starts and nine substitute appearances for Fulham in their promotion season, but last season didn’t feature at all in the Premier League. The reason became evident late in the season when the midfielder revealed that he needed a new kidney, something he’d known for some time.

In May last year, he received a kidney from his brother Fraser. Thankfully, all went well and both brothers recovered well, Kevin enough to start training again in October, initially with Fulham and then with his old club Dundee, from whom we signed him in 2008.

Throughout January, he’s trained with rivals Dundee United and yesterday he signed a short term deal with them and was named as a substitute last night.

We all know the story of his time at Burnley between the summers of 2008 and 2011. He was signed by Owen Coyle but it was only when Brian Laws came in that he won himself a regular place in the Premier League side during his second season at Burnley, a run in the team that ended after his disappearance at half time as we trailed Manchester City 5-0. Things were even worse for him with Eddie Howe who sent him out on loan to Scunthorpe and Notts County before releasing him.

But I don’t think we’ll ever forget that incredible night when he scored both goals when we dumped Arsenal out of the League Cup, or when he scored that late goal right in front of us against Manchester City at the Etihad to give us our first away point in the Premier League. They were real highlights for him during his time with us.

More than anything else, it’s hard to imagine what he and his family have gone through and it’s fantastic that he’s got himself well again and now fit enough to return to football. We wish him well.