When Chris Wood was wrestled out of Burnley by Newcastle’s cash, I don’t think many would have expected us to look to the Bundesliga for a replacement striker but that’s what we have done with the signing of Dutch international Wout Weghorst on a contract until the end of the 2024/25 season.

Weghorst has arrived from VfL Wolfsburg where he’s been since June 2018 and in that time he’s scored 59 Bundesliga goals in 118 appearances with last season bringing his best return with twenty goals in 34 appearances. 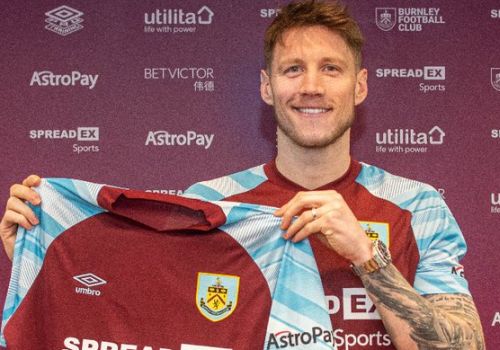 He and Wolfsburg have had three outstanding seasons with the club finishing seventh, sixth and then fourth last season during which time Weghorst missed just two games. This season it hasn’t been quite as good. He’s netted just six in eighteen games with the team currently fourth from bottom.

His move to Wolfsburg was the first time he’d moved out of the Netherlands. Having started his career with FC Emmen in the Eerste Divisie, he moved into the Eredivisie, firstly with Heracles and then with AZ Alkmaar, a club that former Clarets David Loggie, Joe Jakub, Brian Jensen and Joey Guðjónsson have all played for as has current Burnley player Jóhann Berg Guðmundsson.

It was his 2017/18 season at AZ, when he scored eighteen league goals in 31 appearances, which helped win him his first full international cap and the move to Wolfsburg.

His international debut came in March 2018 against England in a friendly at the Amsterdam Arena when he came on as a late substitute. England won the game 1-0 with a Jesse Lingard goal with current Burnley players Nick Pope and James Tarkowski unused substitutes.

He’s gone on to make twelve appearances for his country and scored two goals, one against Georgia in a friendly and the other against Ukraine in last summer’s Euros.

But it is his league form and goal return that will have attracted us to the 6ft 6ins striker and he has now set to try and add some Premier League goals with the Clarets and manager Sean Dyche said this morning as the signing was announced: “Wout is a player that our scouts have been strong on for some time and we feel that he can add to all that we do at Burnley Football Club. His signing is a continued show of the club’s and team’s development. We wish Wout well as he earns the right to push our group forwards.”