When we recalled Nahki Wells from his loan at Queens Park Rangers at the beginning of the week it was always likely that he would be leaving again before the deadline on a permanent deal with such as Bristol City and Nottingham Forest showing more than a passing interest. 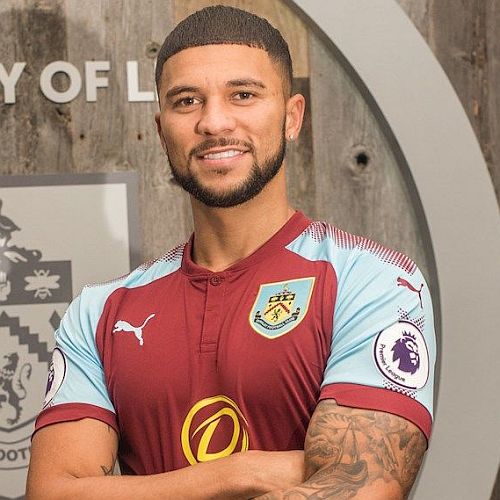 Today, he’s moved to Bristol City, thus ending a two and a half year stay at Burnley in which the last season and a half has been spent in two loans at QPR who would have also liked to have kept him on a permanent basis.

Wells was a late signing in the summer of 2017, brought in from Huddersfield, but it was a while before he was able to make a debut due to an injury sustained at the end of the previous season as he helped Huddersfield reach the Premier League.

As he came back to full fitness, he scored a hat trick for the under-23s in a 4-0 Premier League Cup win against Colchester at Curzon Ashton and his first team debut came just before Christmas 2017 when he came on as a late sub for Scott Arfield, another former Huddersfield player, in a 3-0 defeat against Spurs.

Just seven days later, he replaced Ashley Barnes at Huddersfield, where he received a warm reception from the home crowd, but it wasn’t the start of a blossoming Turf Moor career and by the end of the season he’d made ten substitute appearances, nine of them in the Premier League and the last of those, on the final day of the season against Bournemouth, proved to be his last Burnley appearance.

Last season, he had an underwhelming season at QPR, scoring nine goals in 43 games for them but they were keen to get him back this season under new manager Mark Warburton and he’s repaid them with 15 goals in 29 appearances.

That led to the interest from other Championship clubs and on Monday this week we recalled him from his loan to allow him to make this move to Bristol City.

It didn’t work out for him at Burnley and we wish him well at his new club.