Westley is villain and hero in youth’s first win

Without a point from the first three games of the season, Burnley came from behind in yesterday’s U18 Professional Development League game against Charlton Athletic to record a first win of the season with striker Joe Westley taking centre stage. 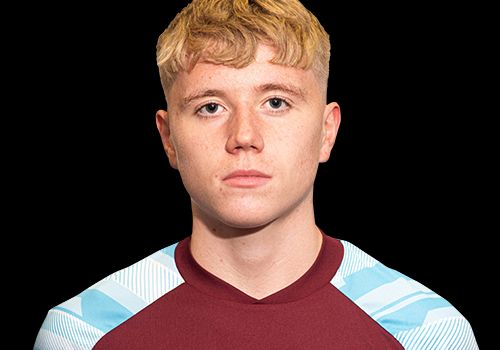 There were chances at both ends in the early stages but it was Charlton who went in front through Patrick Casey with just ten minutes gone and the same player was close to doubling the lead two minutes later only to be denied by Charlie Casper.

Burnley should, and then did, draw level midway thought the half after Charlton goalkeeper Henry Molyneux brought down Vernon Masara. Westley saw his penalty saved but he was first to the rebound and was able to score at the second opportunity.

Ollie Hobden was the second to bring down Masara in the box, this in stoppage time at the end of the half. Molyneux again saved to deny Westley who this time didn’t get a second opportunity. However, just before the hour, Westley (pictured) made amends to score his second and our winner when he went through to beat Molyneux.

After three defeats, we are finally off the mark with our first points of the season.