Ashley Westwood’s time as a Burnley player has come to an end after six years at the club. He’s moving to the United States of America to play for MLS club Charlotte in North Carolina. 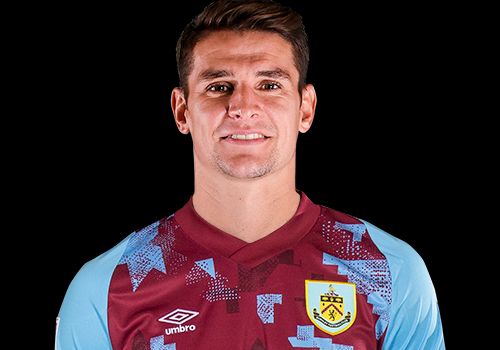 He’ll be joining his new club ahead of the 2023 MLS season which will start for Charlotte on 26th February with a home game against New England Revolution and, fit again, he’ll be hoping to make an impact having decided to join them on a three year deal.

He initially joined Burnley from Aston Villa on the final day of January in 2017, the first of two signings that day with Robbie Brady following a few hours later. He’d been at Villa for four and a half years having signed for them from his first club Crewe.

On the day of his signing, he watched us beat Leicester 1-0 on the Turf but four days later made his Burnley debut in a 2-1 defeat at Watford, coming on as a substitute for Scott Arfield. He made his first start for us on the following weekend in a 1-1 home draw against Chelsea.

He’s gone on to make over 150 league appearances for us with all but the final one of them coming under the management of Sean Dyche. That last appearance came on Easter Sunday 2022 at West Ham. Named in the starting eleven by interim boss Michael Jackson, he suffered a bad injury before half an hour had gone. He was taken from the field in clear pain although did smile at Ashley Barnes as he was stretchered past him with Barnes jokingly telling him it was just a knock.

It really was a bad injury and it was November before he was fit enough to play. He got onto the pitch in a behind closed doors friendly against Huddersfield during the World Cup break and we probably all thought that was a prelude to him making a first team return. It wasn’t to be, that day at West Ham proved to be his final game for us.

He’s made a great impact during his time at Burnley and has always been a popular player with the fans. I’m sure we all wish him the very best in his new career.