Dale Stephens joined the Clarets yesterday from Brighton and today there is more really good news for the Burnley midfield with Ashley Westwood having signed a new deal at Burnley that will keep him with us until the end of the 2022/23 season.

Ashley Westwood. He was the low fee signing from Aston Villa in January 2017. He got nine Premier League appearances by the end of that season but it was probably only the injury to Steven Defour that won him a regular place in the team around a year into his Burnley career. 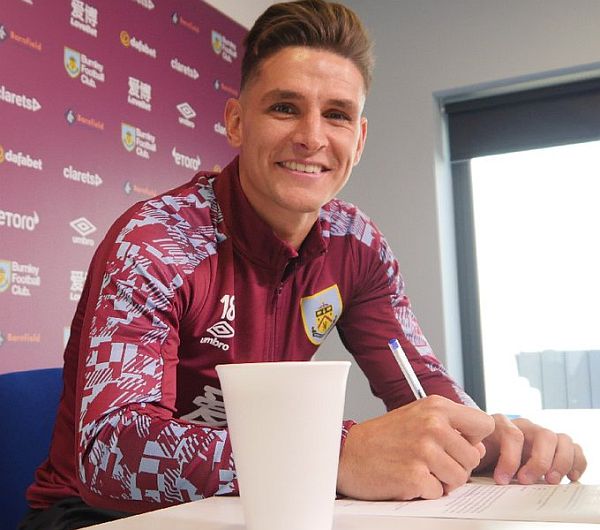 What a change since. He’s not just a regular, he’s a guaranteed starter. He must be one of the first names on the team sheet and has become one of the most popular players with the fans, and I don’t think that’s got much to do with his tea drinking either.

I thought we were getting a very good midfielder when we signed him. The Ashley Westwood today is an even better player than that and this news today is huge, not just good, news.

Westwood is as delighted as the fans are too. “I’m delighted to finally get it done,” he told the club’s website. “Eve since I’ve been here, I’ve been welcomed. The gaffer has been brilliant, the lads are phenomenal and the fans have taken to me, which is the main thing. It really feels like home now.

“I still feel I’ve got plenty more to give. I feel fit, touch wood I’ve been lucky with injuries, and the way we train and do things here stands me in good stead for, hopefully, a long career.”

He added: “When I first went to Villa I was playing well and rode the wave and then had a bit of a sticky spell. Since coming here, the gaffer has got me playing forward a lot more and it’s showed in my assists and creating chances. It feels like it’s been a perfect fit for me and I’m thoroughly enjoying it.

“It’s a club that is still on the up. We are a squad that pulls together and we are hopefully adding a couple to that now. Dale has come in with a lot of Premier League experience, which is what you need, and hopefully we can really maintain what we have here and really keep the club progressing forwards.”

Westwood’s Burnley debut was at Watford in February 2017 when he came on as a substitute for Scott Arfield in a 2-1 defeat. Wednesday’s game at Millwall, when he again came on as a substitute, was his 113th in Burnley colours with 98 of those in the Premier League. He should be hitting that three figures by next week when he’ll become the eighth player to reach 100 Premier League appearances for Burnley.

It’s brilliant news – time for a cup of tea I think.