Whistle blows on Clarets at Leeds 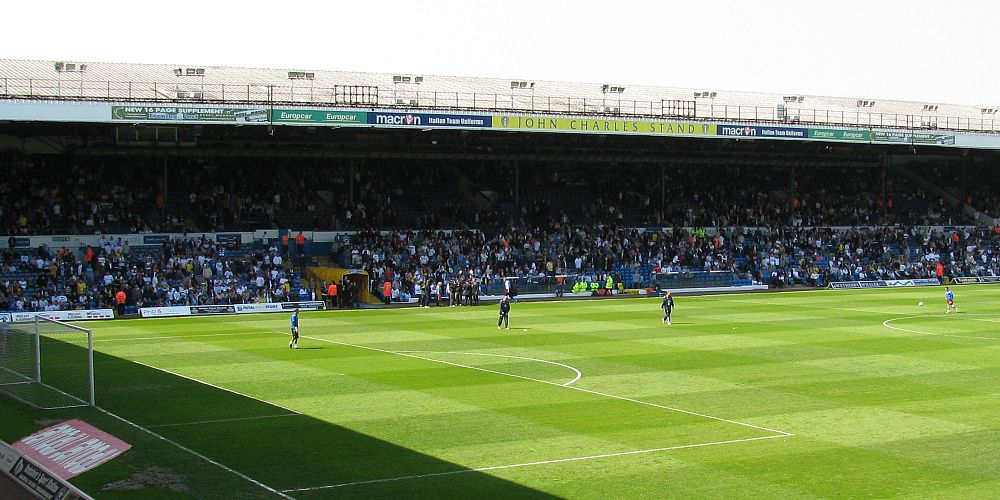 Burnley’s unbeaten run, which had stretched to four games, came to an end yesterday at Elland Road when Leeds United beat us 1-0 with a fifth minute penalty scored by our former loan player Patrick Bamford.

It’s the second time we’ve been beaten 1-0 this season with the goal being scored in that particular minute by a former Clarets; Danny Ings did just that in our first home game of the season against Southampton, but while that day was a disappointing performance I think we can count ourselves very unfortunate not to have come home from Elland Road with at least a point.

Much of the discussions ahead of this game were about the respective styles of the two managers Marcelo Bielsa and Sean Dyche but in the end it was referee Robert Jones who took centre stage with a shocking display that helped hand the points to the home side.

There was a blow for the Clarets ahead of the game with neither Robbie Brady nor Dwight McNeil, both of whom were forced off injured in the win against Wolves six days earlier, making it. Josh Benson came in on the right for Brady with Erik Pieters slotting in on the left as McNeil missed a league game for the first time since a 3-1 defeat at Arsenal in December 2018. It meant places on the bench for a couple of the under-23s. Swedish striker Joel Mumbongo has been there previously during Project Restart last summer; for French midfielder Anthony Gomez Mancini it was a first call up although he did travel with the squad to Arsenal a couple of weeks ago.

Embed from Getty Images
It all started quite well. We won an early corner which came to nothing but then disaster struck. It was just a long ball upfield from Luke Ayling that caught out our two central defenders to leave Bamford running clear. Thankfully, or so we thought, Nick Pope came out to deal with it, getting his foot to the ball just before Bamford ran into him.

Incredibly, referee Jones pointed to the spot. Apart from hurling abuse at him I just waited for the decision to be overturned by VAR. It was all very quick, maybe Michael Oliver hadn’t arrived in time, but incredibly the award was given and Bamford scored from the resulting penalty. Now I’m unsure what else Pope could have done. Surely his job is to get there and prevent Bamford from getting a shot in. Apparently not according to Jones and Oliver.

Ben Mee, who has been in such outstanding form since returning from injury, had a strange sort of first half, twice making really poor mistakes that all but let Leeds in on goal, but he also played centre stage when we thought we’d equalised. We won a free kick which Ashley Westwood took. Just inside the penalty box, Mee went up for a header only to be clattered by Leeds goalkeeper Illan Meslier who pushed his knee into our captain’s back. Mee went down, the ball ran loose and Ashley Barnes did really well to hit the ball home for what we thought was an equaliser.

What we hadn’t heard was the referee’s whistle which had blown before Barnes could score. Had he waited a couple of seconds before giving us the penalty then the goal would have stood but at least we’d finally got a spot kick of our own. Not on your life. As hard as it is to believe, Jones had given a free kick against Mee presumably for having the brass neck to try and win the ball fairly with his head while being wiped out by the goalkeeper. Although we are led to believe that Oliver had arrived by this time, he couldn’t intervene and so the game restarted with Leeds getting a free kick.

Embed from Getty Images
It’s no surprise we weren’t offering too much in this half and the referee made a fool of himself again in my view. He yellow carded James Tarkowski for a foul. Now I’ve no argument with that at all but when Stuart Dallas committed a similar offence it wasn’t deemed worthy of even a word.

When the half time whistle blew, and incredibly he got that one right, we hadn’t played particularly well but we were behind because of two shocking decisions.

Barnes saw a couple of shots saved, one after a terrific run forward from Tarkowski, and even Matt Lowton got in on the act. Josh Brownhill had a couple of efforts  and you sensed that the equaliser just had to come.

Embed from Getty Images
The two stand in wide players came off; on came Jay Rodriguez and Dale Stephens who, I thought, did really well. We pushed and pushed but the goal wouldn’t come, not even with Pope joining the attack.

And so, a defeat and instead of moving within one point of Leeds, they moved seven ahead of us and a couple of hours later we saw Brighton move ahead of us on goal difference after drawing at West Ham.

At the final whistle, Dyche approached the referee pointing to his watch, clearly trying to get a time when he could go in and see him. Our manager wasn’t the only one angry at this shocking refereeing performance.

Embed from Getty Images
I did think we missed Brady and McNeil and with no natural wide player it did restrict us. Let’s hope both are back fit very soon. As for the performance, we’ll play worse than this and win, of that I’m sure, but when we do I hope Robert Jones is nowhere near the place. Maybe we should do a Nuno and tell the world we don’t want him refereeing any more of our games.