Back in June, just ahead of our home game against Watford, the club announced the academy retained list with five second year scholars given a twelve week extension because of the COVID-19 pandemic. 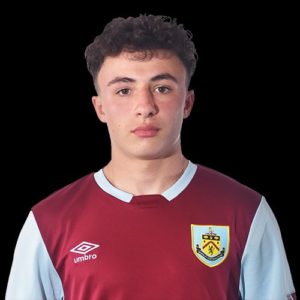 One of the five was pacy winger Rhys Fenlon who had suffered an injury early in the FA Youth Cup tie against Manchester City at their Academy Stadium. None of the five have featured this season for any of the teams and today, Fenlon has signed a two year contract with League One club Accrington Stanley.

The Salford born Fenlon was with Stanley a decade ago as an eight-year-old but moved on to join Manchester City and then signing a scholarship with the Clarets in the summer of 2018.

Asked today what the Stanley fans can expect from him, he said: “I’ve got a lot of pace that I can bring into the team and I’m very good technically. I’ve gelled in with the squad well, they’re all open to a chat and everyone seems quite tight.

“I think I’m one of them players that likes an arm around the shoulder and I’ve got players around me that can do that. I think that’s what is going to get the best out of me.”

Up the Clarets would like to wish Rhys the very best at Accrington.