Wolves win means at most just a few points needed 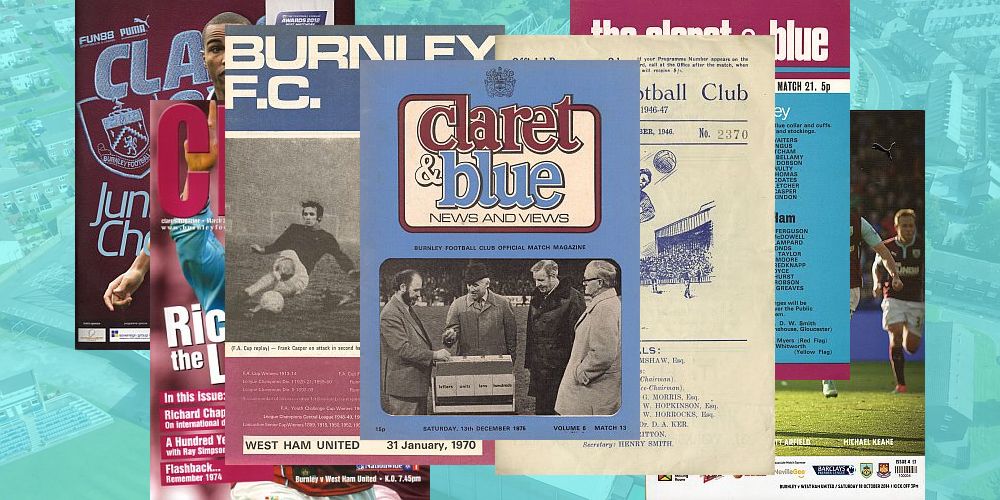 Burnley go into tonight’s game against West Ham United knowing that we are still not quite there yet in terms of Premier League safety although last week’s thumping 4-0 win at Molineux against Wolverhampton Wanderers has definitely helped.

West Brom, who play their Black Country derby this evening against Wolves can still reach 40 points while Fulham, currently third from bottom, have a maximum of 39 which leaves us, should one of those two have a miraculous end to the season, needing a few more points before we can claim to be safe although a win tonight and anything but a win for West Brom would mean neither could go past us on points.

That’s how close we are and, in reality, I think we’ve made it now even though we do have to play Fulham at Craven Cottage a week today. I think to have reached 36 points with five to play is remarkable, very much so given that we had two points when we left Brighton having played seven games. A return of 34 points from 26 games since is very much a good return.

The injury situation at the start of the season was much talked about but it’s never gone away and I don’t think we have played a game this season when every player has been available.

So, nearly there but not quite and that’s the theme central defender James Tarkowski picked up on. Tarky missed the opening two league games this season at Leicester and then at home to Southampton but has been an ever present since.

Embed from Getty Images
Speaking ahead of tonight’s game, he said: “It’s not mathematically done yet. There’s work to be don. The weekend (of the Wolves game) was nice and we enjoyed it. But now there’s another important game coming up, so we’ll look ahead to that.

“I think the magic number is always forty really, so we’re always pushing for that first of all. It’s been a difficult season for us. We’ve had a lot of injuries, a lot of lads in and out, so to stay in the league this season would be a great achievement for us.

We are actually in our worst ever home run in the Premier League. Since beating Aston Villa back in January we’ve gone seven without a win  which started with the 2-0 reverse against Manchester City, then five successive draws against Brighton, Fulham, West Brom, Leicester and Arsenal before the defeat against Newcastle in the last home game.

For tonight’s game though, we should have a stronger looking squad than for those previous home games. We saw that at Molineux eight days ago with the return, in particular of Ashley Barnes, giving us a much stronger looking bench.

Tonight will depend on how Sean Dyche sees things. Will he continue with two up front? I think he will and I think he might keep the eleven that started at Wolves with potentially the same subs bench.

What a season West Ham have had. When we won at the London Stadium last July they were potentially facing the drop although they never fell into the relegation positions after February. After Jay Rodriguez had scored the winner against them, it left them with four games and they won the first two against eventually relegated pair Norwich and Watford before drawing against Manchester United and Aston Villa.

I was never quite sure why, at the end of the 2017/18 season, they dispensed with the services of David Moyes after he’d gone in and kept them up. They had to do the same again last season but this time they have retained his services and they currently sit in sixth place.

Chelsea occupy fourth place, the last qualifying position for the Champions League. West Ham are six points behind them with tonight’s game in hand. It’s been a remarkable season, particularly at home. Only Manchester City have recorded more home wins this season, and a league table based on home results only would currently see them in second place. Away from home, they have won seven times although they would be in a mid-table place.

Embed from Getty Images
They’ve only conceded two goals less than us this season but their goalscoring record is somewhat better with them now on 53 goals, the sixth highest in the league. No less than 33 goals have been scored by four players. Jesse Lingard (pictured above), who came in on loan from Manchester United in January, and Tomáš Souček have both scored nine with Jarrod Bowen on eight and Michail Antonio, who scored the only goal in our defeat at West Ham in January, having netted seven times.

After tonight, they will have home games remaining against both Everton and  Southampton while, in between those two games, they still have to travel to Brighton and West Brom.

Antonio has been out since early April with a hamstring injury but it is thought he could be fit to return tonight. Moyes also hinted there could be returns for injured trio Aaron Cresswell, Declan Rice and Arthur Masuaku while he can also call upon two players recently sent off. Craig Dawson has now served his one match ban having been dismissed against Newcastle while Fabián Balbuena is available after the ridiculous red card he was shown last weekend in their defeat against Chelsea was rightly rescinded on appeal.

West Ham arrived at Burnley last season just as we’d lost three successive Premier League games. The first at Leicester was unfortunate but we’d then been beaten easily at home by Chelsea before getting a first half hammering at Sheffield United.

We swept away West Ham with a convincing 3-0 win. Strikers Ashley Barnes and Chris Wood were on the scoresheet in the first half with West Ham’s far from reliable goalkeeper Roberto claiming an own goal for the third some nine minutes into the second half.

Both of the strikers had signed new contracts during the week leading up to the game and celebrated with their goals. Wood had returned from injury for Jay Rodriguez with both full backs Matt Lowton and Erik Pieters left out after torrid games at Bramall Lane. In came Phil Bardsley and Charlie Taylor for their first games of the season.

Embed from Getty Images
Barnes scored from close range after James Tarkowski had headed down a Dwight McNeil corner and Wood had the ball in the net from a McNeil cross only for it to be ruled out by VAR. Wood mocked the decision when, in a repeat just before half time, he headed home again with the goal this time given.

In fairness to Roberto, he did keep the score down after he’d presented us with our third. He got to Ashley Westwood’s cross and flapped it into his own net. From then on in, he proceeded to make a string of outstanding saves which served only to keep the score down.

Interestingly, from the home win against West Ham in December 2018 to this one, Barnes and Wood had partnered up front on 28 occasions in which, between them, they’d scored 27 goals. They both scored in the next one too, another 3-0 win, this time at Watford.