Wood in Leeds and Arsenal links

With no football being played, the transfer speculation season is underway early and in the last 24 hours striker Chris Wood has been sort of linked with potential moves to both Leeds United and Arsenal. 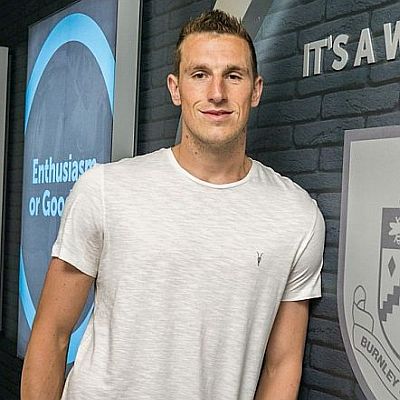 Let’s get the Arsenal one out of the way first. It’s not a serious link but just something of a space filler written by someone called Matt Scott who, himself, sees Wood as a potential replacement for Pierre-Emerick Aubameyang or Alexandre Lacazette should either of them move on as is expected.

Scott said: “If Arsenal do lose Aubameyang or Lacazette, then Eddie Nketiah and Gabriel Martinelli, great as they look, are still to row at the age they are to be leading the line for a club like Arsenal. So they are going to have to look at another centre forward and, believe it or not, I believe it should be Chris Wood.”

A link with Leeds is a far more sensible even though the club’s fans were far from happy with the way he left, particularly over him not playing for them at Sunderland once a deal had been agreed with Burnley.

There is no doubt though that he remains popular at Elland Road and earlier this season when speaking to some Leeds fans there at the under-23 game, they said they’d have been promoted by Christmas last season had they still had Wood in their side.

The thought was that he could make the return should Leeds win promotion but Athletic journalist Phil Hay, who probably knows more about Leeds than any other journalist, thinks it is very unlikely.

Hay said: “Wood took a fair amount of criticism when he left (and I’ve always maintained that he was treated slightly unfairly over the Sunderland game – mush as he said he’d asked not to play, Leeds had already accepted an offer before kick off so the idea of him playing made no sense).

“He was excellent under Monk, very able to carry the weight of a centre forward, and he’s adapted to the Premier League. But let’s face it, it’s unlikely that he’ll ever be back here.”

Wood scored his 31st Premier League goal for Burnley in our most recent game against Spurs. He recently signed a new deal with us that keeps him at Turf Moor until the end of the 2022/23 season.