Year’s wait for cup semi-final at an end

A 4-1 win against Oldham Athletic in the Lancashire FA Youth Cup gave Burnley a place in the semi-finals and that semi-final is all set to be played tomorrow afternoon against Wigan Athletic. 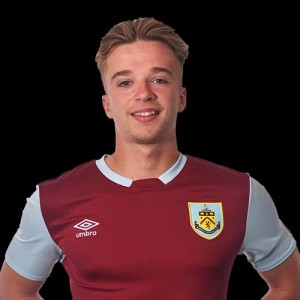 A semi-final so early in the season I hear you ask. Not quite is the answer. That victory over Oldham took place on 24th September 2019, almost 55 weeks ago and saw us reach the 2019/20 semi-final, a game that was never able to take place.

There were just two  goalscorers in that win against Oldham over a year ago but neither will be involved tomorrow. Mitch George (pictured) helped himself to a hat trick with Rhys Fenlon, now with Accrington, also on the scoresheet.

Wigan reached the semi-finals virtue of a penalty shoot out win against Accrington. They won the shoot out 5-3 after the game itself had ended 5-5. The winners will face Morecambe in the final.

This game was due to go ahead on 31st March this year but by then the academy season had been called off which leads us to tomorrow’s game which will be played at Christopher Park, Wigan with a 1 p.m. kick off.