Young Clarets give us a feeling of pride against the Lions 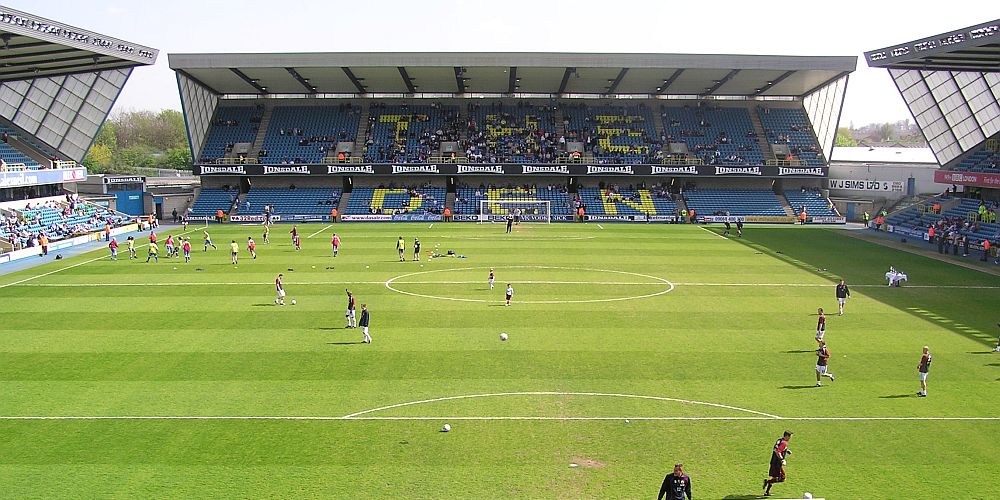 Goals from Josh Brownhill, his first for the club, and Matěj Vydra gave Burnley a 2-0 win against Millwall last night in the League Cup to progress to the fourth round of the competition for the first time in seven years.

This might be considered by some to be a routine win against a Championship side but it was much, much more than that. With injuries piling up, and the need to keep fit players fresh, Sean Dyche turned to some of his younger players for this game.

Jimmy Dunne, aged 22, has started all three games this season, including his Premier League debut at Leicester. Last night he was partnered at the back by 19-year-old Bobby Thomas, the first 21st century born player to start a first team game for Burnley. Josh Benson, 20, was also in the starting line up for the first time while Anthony Glennon, also 20, came on as a substitute towards the end of the game. That’s almost forgetting that we had a 23-year-old goalkeeper in Bailey Peacock-Farrell making his Burnley debut too.

When I saw the team I was concerned. That’s not because I don’t think these lads are good players, I’ve seen enough of them in recent years to know that they are, or are going to be, but with so much inexperience in the team I was somewhat concerned. I needn’t have been.

Embed from Getty Images
For much of the first half there wasn’t too much to get excited about. We had some defending to do at times and did it well and Peacock-Farrell did everything expected of him when called upon. We generally handled the home side well, particularly the towering Matt Smith, and the only real problem came when the current injury jinx struck again and forced off Jay Rodriguez early in the game.

We had some opportunities. Vydra, who I thought was excellent, and Matt Lowton had half chances. Lowton, who also played well, is not renowned for goalscoring and when the ball fell for him in the box he fired well wide.

I thought the Millwall fire had all been extinguished. We looked comfortable and then we took the lead in the 45th minute. No words could do justice to Josh Brownhill’s first Burnley goal. Lowton played the ball across to him from the left. The midfielder took one touch and then unleashed an unstoppable shot from fully thirty yards. It flew into the top corner of the net and left home goalkeeper Bartosz Bialkowski absolutely helpless.

I was talking to a friend just around a week ago and he asked whether Brownhill scored many goals. “He gets his fair share for a midfielder,” I said before claiming he had a long ranger in his locker having seen him score the goal against us for Preston in a friendly six years ago. That was an exception strike that night; last night’s I thought was even better.

Embed from Getty Images
Sean Dyche apparently had a quite word in the dressing room at half time having not been overly impressed during the first half. He must have been far more impressed with the second half showing. For much of it, until Millwall made a late push, we were very much in the ascendancy and could have been further in front.

With Brownhill outstanding, he prompted so much and maybe it was just the ridiculous yellow card from the inept Andy Davies that curbed him. Davies, incredibly, missed Mahlon Romeo bring his foot down on Dwight McNeil not once, but twice with the Burnley player on the ground. I would home the FA take a better look of this incident than Davies did.

Vydra was so close to getting a goal that his performance deserved before the late push from Millwall that really didn’t, ultimately, offer too much although they did force one outstanding save from Peacock-Farrell that was, in any case, offside and the commentator did get excited at one point when a header went well wide.

Still a goal up into stoppage time, I had absolutely no concerns at all, and in any case we got the second and a much deserved goal for Vydra. Lowton did well down the right hand side before playing the ball in to Chris Wood. He in turn spotted Vydra, played him in and he made no mistake with a shot to the goalkeeper’s left.

Embed from Getty Images
One cup win in a season has become something to get excited about so I’m not so sure what to make of two in under a week. Does this constitute a cup run? It’s certainly given us a fourth round home tie against Manchester City or Bournemouth.

For years I’ve stood at Gawthorpe watching youth team games and I’ve travelled up and down, often to obscure grounds, watching reserve team and under-23 games. I’ve watched countless young players trying to break through at Burnley, continuing to keep an eye out for the next Dave Thomas or Trevor Steven, two players I have seen come through. I miss it, not being able to go the games just now, but all those years become so worthwhile when you see some of these players feature for the first team as they did last night. So, not a routine win at all but a night when these young players stepped up and gave all of us watching a feeling of real pride. Well done to all of them.

« It was a professional performance
Winger Fenlon joins Accrington »