Young Clarets on the spot in the derby

It was derby day this afternoon at Gawthorpe as the Clarets took on local rivals Blackburn Rovers in the quarter-final of the Lancashire Youth Cup.

I don’t seem to get down to Gawthorpe anything like as often as I used to. In seasons gone by I’ve been there and recognised just about everyone in the team; today I was thankful to the team sheet I was handed on arrival. There were definitely a couple of players in our line up that I hadn’t seen previously. 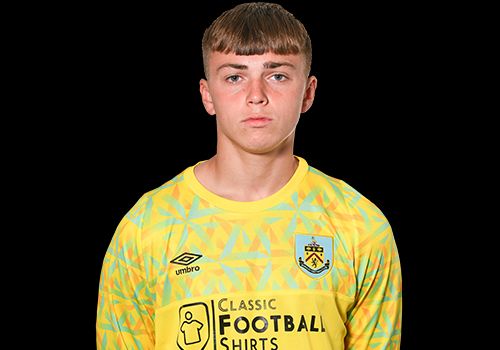 It’s quite autumnal down there right now. The walk down the tree lined drive is full of fallen leaves but this was a decent day weather wise; not too cold, dry and the only concern was the sun at times looking towards the goal to our right.

What a start. Left-back Joe Ashton got down the left from the kick off and crossed the ball into the box. Blackburn didn’t deal with it but our captain Joe Westley did and fired home past helpless Blackburn goalkeeper Adam Khan.

In a largely even first half, both teams had opportunities after that opener but it was always Burnley who looked the most likely and I would suggest we were the happier of the two teams at half time with us still leading 1-0.

The second half was similar but twenty minutes in we doubled our advantage having won a corner on the right hand side. Trevon Bryan took the kick and it went straight in. The lead was doubled and we went on to dominate proceedings for almost twenty minutes after that goal but just couldn’t find a third which would have made sure of a victory.

Blackburn weren’t threatening to get back into it but they got a lifeline five minutes from the end when Harley O’Grady volleyed home. I don’t know how our players felt or how either Tony Philliskirk or Ross Wallace felt, but it stunned the small contingent of Burnley fans on the touchline.

We needed to see the game out but cruelly, and in the second minute of stoppage time Junior Nsangou scored an equaliser. Even then, we almost won it but Khan saved superbly from the impressive Wiktor Gromek, but when the final whistle blew it was 2-2 and the game was to be decided on penalties.

We went first with Westley scoring but Blackburn also netted their first through Nsangou. Callum West saw his penalty saved and when Patrik Farkas scored, it was Blackburn who led 2-1. Substitute Sonny Pickup netted for Burnley as did O’Grady for Blackburn. Lucas Wane, who had also come on as a substitute, scored before Adam Caddick fired Blackburn’s fourth penalty over the bar.

That was 3-3 from four penalties each with Burnley then springing a surprise as goalkeeper Jon Ander Vilar Robinson (pictured) taking our fifth penalty; he scored, as did Blackburn’s Matthew Litherland and it was 4-4 as we went into sudden death.

There were nerves now on the touchline and when Nathan James scored our sixth, I thought we might just have won it, but no such luck, Brandon Powell did likewise for Blackburn. Up stepped full back Tosin Olopade to score and we weren’t to take another with Robinson, who celebrated his 17th birthday three days ago, saving from Stephen Edmondson to see us through 6-5.

The win has seen us become the first team to reach this season’s semi-finals. Wigan will play Preston next week with Rochdale v Bolton a week later. The fourth quarter-final between Blackpool and Accrington is to be played in December.

By now, the temperature had dropped, we were close to needing floodlights, but the small contingent of Burnley fans departed with smiles on their faces. It had, in the end, been a good derby win.