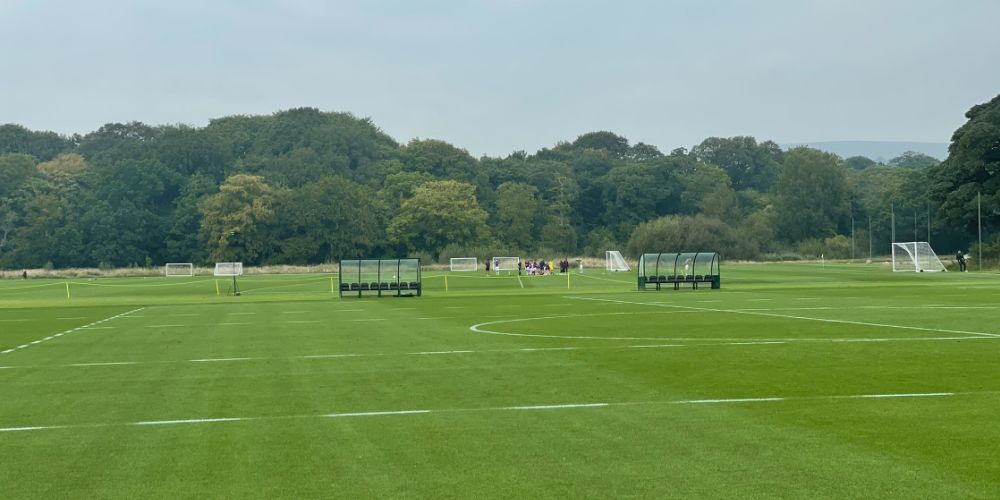 When the referee blew the final whistle after thirteen and a half minutes of stoppage time in the second half, it signalled a 3-2 win for our under-18 team in the first of three Professional Development League Cup games.

The added time was fully justified after two long stoppages in a game that we won in the first half with all of our goals scored in just over half an hour from the start.

It took us less than three minutes to go in front when a low ball in from the left was met by Wiktor Gromek whose shot looked to take a deflection before beating Wigan goalkeeper Harry Campbell.

With Burnley much the better side, it was no surprise when we doubled our advantage midway through the half. Joe Westley won the ball in the centre circle before moving forward and hitting the sweetest of shots into the bottom corner.

Two minutes later, the same player was so close to making it three but saw his shot smash against the ball before coming back into play but then, from nowhere, Wigan pulled one back. I remain convinced that the Wigan player who burst forward to score was offside but there was no flag and it was 2-1.

Two minutes later, Joe Ashton headed home a free kick from the left to restore the two goal advantage and when the half time whistle blew at 3-1 it really did look as though it was going to be our game.

There was to be just one more goal in the second half with Wigan heading home a corner. It came just after a lengthy stoppage because of a clash of heads between Burney’s Nathan James and Wigan’s Harry Rimmer. Although James was substituted, he seemed to look OK sat watching while Rimmer was able to continue.

We might have had a fourth on a couple of occasions to seal the win in what was a scrappy second half before, in stoppage time, Gabriel Otegbayo went down in his own box and was stretchered off.

When we restarted, we’d already gone eight minutes past the ninety and the referee played a further five and a half minutes before finally blowing his final whistle.