The youth team will be looking forward to the FA Youth Cup 6th round tie at Manchester City in a week and a half but tomorrow what will be a much younger team will take on Nottingham Forest in the U18 Professional Development League. 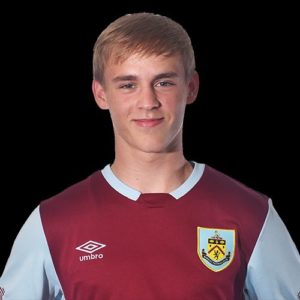 It’s been a remarkable change to the team in recent weeks, brought about by the number of under-23 players who have gone out on loan.

That will change, I would assume, for the cup tie but for league games it is now getting used to a group of new names who will more than likely be announced in the coming weeks as the new scholars for 2020/21.

They are boosted by some of the first year scholars with all of Joel Connolly (pictured), Jake Rooney, Matty Carson, Finn Armstrong and Corey Brennan all playing last week against Crewe.

Tony Philliskirk will take his young team to the Nigel Doughty Academy tomorrow where we have previously won one and drawn one since joining the league.

Dwight McNeil, Bobby Thomas and Craig Ellison all scored in a 3-2 win there two seasons ago while Cricky Conn-Clarke scored our goal in a 1-1 draw last season. Conn-Clarke also scored in the 1-1 home draw against them this season.

Kick off tomorrow is 12 noon.