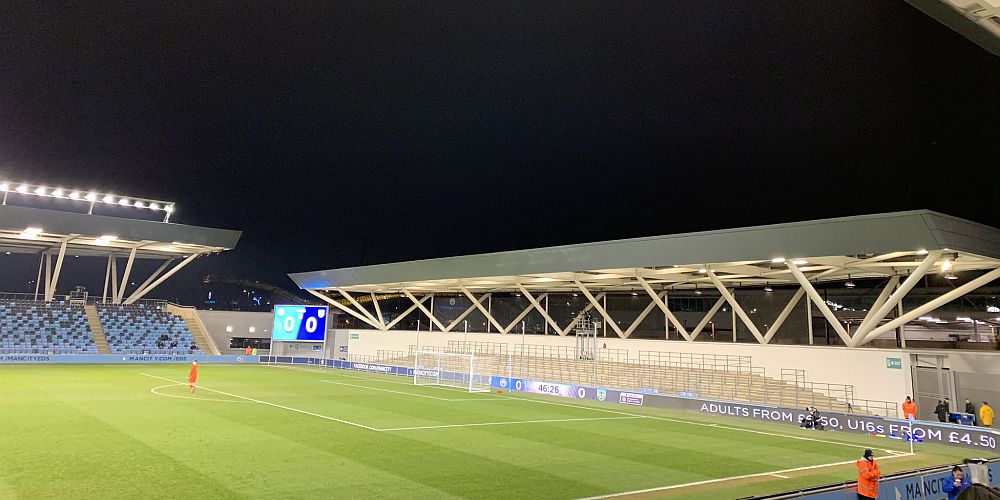 Manchester City’s under-18s sit just two points behind leaders Manchester United and with a game in hand. Today we travel to their academy stadium to play them for the first time this season.

City were our opponents in last season’s FA Youth Cup quarter-final. They beat us 1-0 at the same stadium in what was the last occasion our under-18 team played in front of any permitted spectators.

We followed that game up with a defeat at Sheffield Wednesday before beating Barnsley on 10th March last year; the season was curtailed at that point and all this season’s games have been played behind closed doors.

We can’t look back at the home game against City this season; that is still to come next month in what will be our final game of the season.

It’s been a good season overall with eight wins and nine defeats to date, but City have been beaten just once in 19 games and that against leaders United.