Anass Zaroury made his first home start for the Clarets last Saturday and what a day it was for him as we beat Swansea 4-0 to record our biggest home victory in over four years. 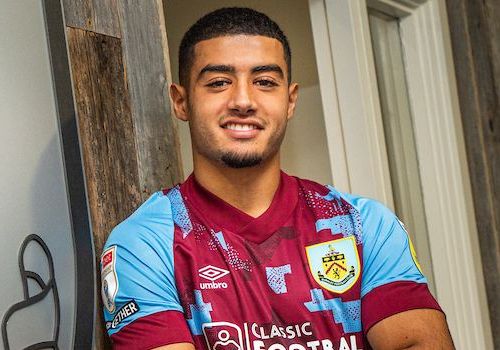 He registered an assist with his cross for our second goal, scored by Jay Rodriguez, and then scored the third himself with a left foot shot into the bottom corner having been played in by Josh Brownhill.

His overall performance has won him both the man of the match and the player ratings although he did have to share first place in the latter. It was always a battle with Nathan Tella, who impressed on the opposite flank, but Zaroury won the man of the match with 30% of the vote with Tella in second place with a 25% share. Vitinho, scorer of the first goal, came third with 12%, just ahead of Jack Cork who came third with 11% of the vote.

It’s given Zaroury ten points towards the Up the Clarets Player of the Year, his first points, with Tella winning eight points. There are four points for Vitinho and one point each for Cork and Rodriguez.

While Cork sits 28 points clear at the top, Tella has now joined Josh Brownhill in second place with just five points separating the next five.

The Swansea result and the current player of the year table are below with the next vote set to get underway tonight after the game at Birmingham.