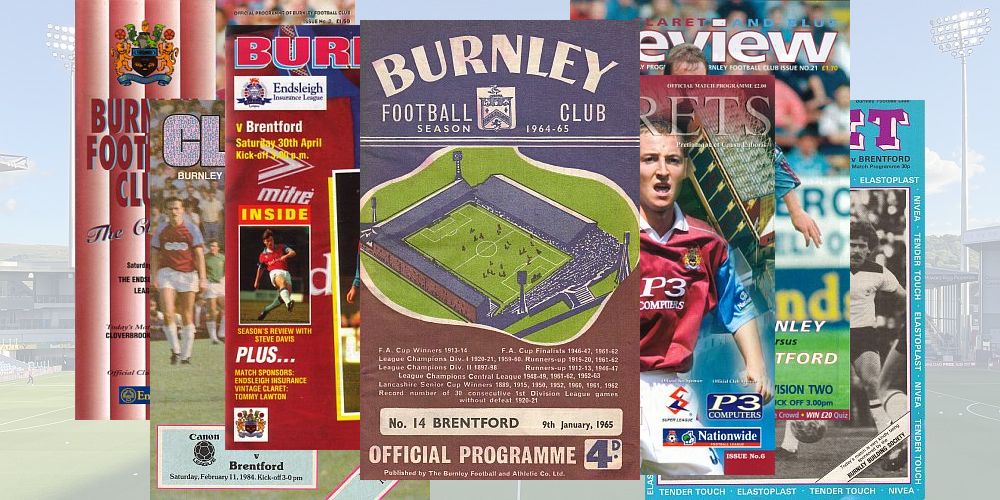 Our home game against Brentford tomorrow will not only be the first time we’ve met in the Premier League but the first time ever in top flight football.

We first met in the old second division in the 1933/34 season but after two seasons in the same division we went our separate ways when Brentford reached the first division. They stayed there until the outbreak of war but in 1946/47 were relegated as we swapped places with them.

Until we both found ourselves in the third division in 1980, our only meetings were once each in the League Cup and FA Cup in the 1960s. From 1980 to 2000, we spent nine seasons in the same division (all third tier) but since, there has been just one FA Cup tie in 2003 and two Championship games six seasons ago.

Tomorrow, for the record, they will become the 36th club in the Premier League and they arrive at the Turf at a time when we really could do with getting a win. We haven’t won a Premier League game all season. Our last league win was at Fulham in May and anything but a win tomorrow would give us an unwanted new record of thirteen consecutive Premier League games without a win. Add to that, it’s now fourteen home games since the last win against Villa back in January.

I keep, in virtually every preview, suggest we are playing well and even last week at Southampton we had some really good spells in the game and if we can continue to play like that then the results will surely come. Then came the League Cup game against Spurs. If we play too often like that in the remainder of the season then we will be in trouble.

We remain just one win from getting out of the bottom three and above Leeds, but that might not be the case soon should we not beat Brentford with Leeds facing Norwich tomorrow. We really do have to start helping ourselves.

Embed from Getty Images
Matt Lowton, who is expected to return at right-back tomorrow, said of Brentford: “They’ve had a good start, so their momentum and confidence is just building and building. We know full well that it’s going to be a difficult game. They’re a hard working side, good on the ball, know what they’re doing and have started well.

“It’s going to be another tough game. It’s been frustrating because we’ve actually played quite well. The attitude has been spot on and we’ve just not performed in key moments, and in this league you’re going to get punished.

“It’s just about getting that first win on the board. We need to pick up some points pretty soon and Saturday’s another good opportunity for us at home.”

Lowton spoke about the challenge he’s had for his place from Phil Bardsley and now Connor Roberts and he feels that’s pushed his form forward. Although he sat out the cup tie, I expect him to return to the side tomorrow.

After all the changes for Spurs, I suspect we might go back to a line up similar to that which kicked off at Southampton. The big question will centre on the defence I would think and I don’t think it would be a big surprise if Ben Mee returned. I also think we might go back to two forwards.

When we left Griffin Park in January 2016 on our way to promotion, I’m not sure anyone would have thought that we’d still be in the Premier League now and definitely not that Brentford would have joined us.

Dean Smith had not long been manager then but when he left in October 2018 the job was handed to his assistant Thomas Frank. They finished in mid-table in 2018/19 but then had two seasons in the play-offs, beating Connor Roberts and Swansea in last season’s final.

They’ve started well too but defeat in each of their last two games, against Chelsea and Leicester, has seen them drop into the bottom half.

They were the first team to win a game this season, kicking off the season on the Friday night with a 2-0 home win against Arsenal but that remains their only victory at home. On the road they’ve done better. They drew at both Crystal Palace and Aston Villa and have now followed that up with wins at Wolves and West Ham.

They’ve scored eleven Premier League goals which have been shared by eight players with Bryan Mbeumo (pictured below), Ivan Toney and Yoane Wissa all having scored twice.

Embed from Getty Images
Mbeumo is a doubt for tomorrow with a hamstring problem but will be assessed, as will Ethan Pinnock who has a hip injury. Yoane Wissa, Shandon Baptiste and Vitaly Janelt are all reportedly getting closer to fitness but for David Raya, Mads Bech Sørensen, Julian Jeanvier and Josh Dasilva, all four are long term injuries.

Goalkeeper Raya, who was in goal for Blackburn for our last win at Blackburn, suffered a knee injury last week against Leicester and is likely to be out for five months. His replacement is expected to be Álvaro Fernández who is on a season long loan from SD Huesca.

We go back to August 2015. We’d kicked off the season with two draws and a defeat while Brentford had played just twice, drawing one and winning one. They were 2-0 down going into stoppage time in their opening game against Ipswich but then scored twice through Andre Gray and James Tarkowski.

Gray scored again in a 4-2 win at Bristol City, a club who were trying to sign him, but a week later they arrived at Burnley with Gray having turned down Bristol City and signed for Burnley although he wasn’t involved in this game.

Having started well, we allowed Brentford into the game but it didn’t last and midway through the first half. A good move led to us winning a corner. David Jones took it and Michael Keane, who had scored his first Burnley goal a week earlier, rose to head home the only goal of the game.

Embed from Getty Images
A win in the fourth game of the season, and someone going into the ground behind me and said it was a must win game and if we didn’t win this we’d be relegated. We did win it and went on to win the league.

Brentford looked a poor side although they had a central defender who looked like Zorro in a face mask. We’d been linked with him eighteen months earlier and he looked decent. James Tarkowski was the name.