Bastien goal takes us through in the cup 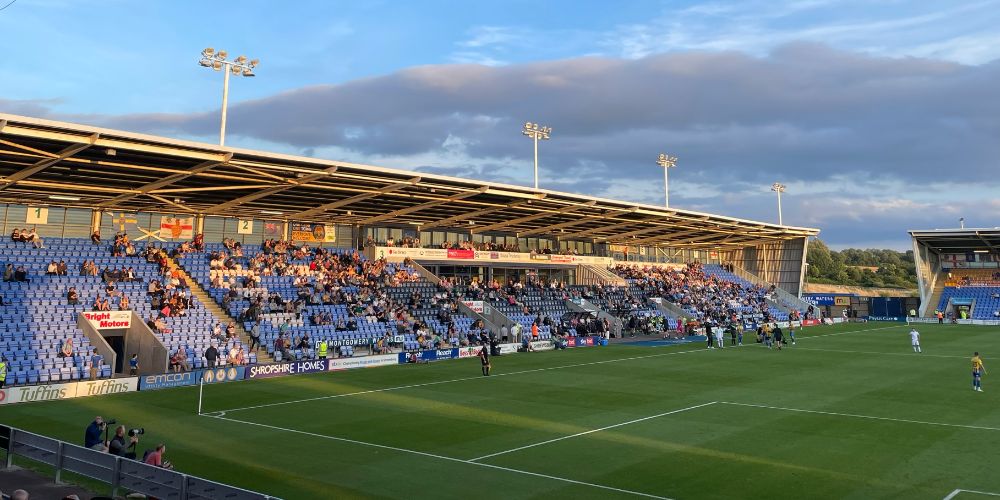 A Samuel Bastien goal, his first competitively since signing for Burnley, gave us a 1-0 win at Shrewsbury last night to book our place in tonight’s third round draw.

If last Saturday’s 3-3 draw against Blackpool was a game full of incident, making it easy to report, last night’s was just the opposite on a night when yet again dominated possession but with hardly any penetration and the goal coming from our only shot on target.

Our regular travelling group was down to the bare minimum for this one, the ground tickers amongst us giving it a miss having been to the friendly, so it was the Supporters’ Club coach for me and they too had some absentees, and for some very bizarre reasons including a wedding anniversary.

The journey there was trouble free and the coach parked up by Shrewsbury’s fanzone in very good time. We all awaited the team news to see whether Vincent Kompany had made changes and when it came through we saw that only Charlie Taylor, Josh Cullen and Vitinho had retained their places from the Blackpool game. Bailey Peacock-Farrell, Matt Lowton and Jóhann Berg Guðmundsson all saw their first action of the season while CJ Egan-Riley lined up for a Burnley debut.

Embed from Getty Images
Shrewsbury had the early opportunities with Peacock-Farrell forced to make one really good save down to his right, but we soon assumed control in terms of the possession although we struggled to find any openings. A Josh Cullen shot went wide, despite having the supporter to my right demanding a corner, and then Manuel Benson came in from the right to fire a shot across the keeper just wide of the far post.

We hadn’t really created anything like a clear cut chance but then it came with two of our longer serving players involved. Matt Lowton had a good game; he looked very comfortable within the team play and he found JBG with a cross to the far post. I thought JBG was going to head home but he went with his foot and managed to miss target. He too had done well in the first half, and we all know just how good a fit JBG is. He looked frustrated and took it out on the post with a kick.

That was just about it for him. He was replaced at half time and I’m sure it had been planned to give him just forty-five minutes in what was his first game since the 0-0 draw at Arsenal back in January.

Could we step things up in the second half? What we did was go in front just five minutes in. Benson won the ball out on the right touchline and made a run across the pitch. Both Nathan Tella, who had come on for JBG at half time, and Churlinov got involved with the latter finding Benson who by now was in the box on the left hand side. He crossed for Samuel Bastien to score from around eight yards out in the same side of the same goal he’d netted our first goal there in the friendly.

Embed from Getty Images
If we thought that would open it up for us, we were mistaken. We continued to dominate the ball but rarely threatened and we all know the dangers of a one goal lead. They did force Peacock-Farrell into one goal save and then, with the clock running down, they scored with a Chey Dunkley header that BPF got a hand to. You could sense the frustration growing in the away end as Shrewsbury celebrated an equaliser, but assistant referee Lisa Rashid ended the celebrations with an offside flag. Did she get it correct? Some would have you believe not and in this wonderful non-VAR world the decision stood.

That was it. We were through to the next round and a first away win I’ve seen in the competition since that night at Ewood five years ago.

This wasn’t a good watch at all but Cup ties are about winning; they always have been and always will be. We won, we are in the hat tonight and that’s the be all and end all.

All that was left now was to negotiate our way home and, as anyone who travels by road in this country, it’s never easy. We had something of a nightmare coming back from the friendly and then Huddersfield was trouble free. Watford was another awful journey, this time going to the game. Last night we were hit with motorway closures again although I was going through the front door not too long after midnight.