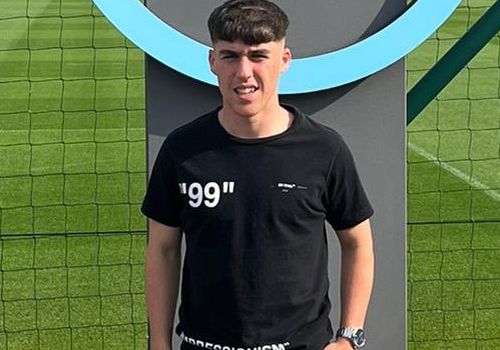 Five weeks ago, the under-18s kicked off their pre-season with a 2-1 defeat against Padiham at the Arbories with one player, in particular, catching the eye from the young Burnley team.

The player was Frankie Deane who wore the number four shirt on the night. He was, officially a trialist, but a week later, he had signed a deal with the Clarets ahead of the game at Barnoldswick.

We were led to believe that he was being signed for the under-21s and today, a month after he’d completed the one-year deal, it’s been confirmed by the club.

The 17-year-old Deane was with Celtic until the end of last season and had played for them from the age of six. By last season he was playing in both their under-18 and B teams while he’s also represented Scotland at youth level.

He’s gone straight into the under-21 squad this afternoon, named as a substitute at Reading, and said: “It’s a massive pleasure for me to be joining Burnley. This is a big club and one which I’m proud to now be a part of. Having spent the last month or so in and around the place, I’m just looking forward to getting going now, and having a good season.