Manager Frank Casper was already preparing for the 1991/92 season as the club announced a ground breaking pre-season tour of Russia but he was also having to contend with three of his out of contract players turning down new contract offers.

Pre-season for Burnley had previously been low key affairs and in the two summers before this we’d played away games at Worcester, Gloucester (1989) and Emley (1990) but now, as guests of Dynamo Moscow, we were to embark on this trip. 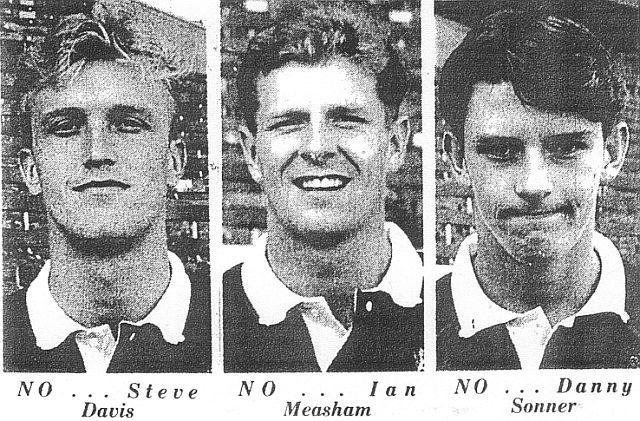 There’s method in the madness and now the reason for the home friendly against Dynamo Brest during December of the season just ended was making some sense. Chairman Frank Teasdale confirmed that all the paperwork was in order and that the team would leave for Russia on 21st July for games against Dynamo Stavropol, Mashuk Pjatisorak and Nart Cherkessk.

Teasdale allayed fears of fans who thought we might miss out on featuring in the Lancs Manx Cup and added that the team would return home on the 30th July, in good time to play in the popular pre-season competition.

However, it looked as though Burnley might be set to make the trip without three players with news that skipper Steve Davis, right-back Ian Measham and forward Danny Sonner had all said no to the new deals on offer. Davis and Measham had been regulars in the first team and it was thought they might be looking to try their luck at a higher level. Sonner, however, had been with the club for just a year after signing from Wigan, and was only just breaking into the team.

On the positive side, Joe Jakub, Jason Hardy, David Hamilton and Neil Howarth had all signed their new deals with news still awaited from John Deary who was still to make up his mind.

Casper said: “Obviously I’m disappointed that Steve, Ian and Danny haven’t accepted the contracts I offered them. I thought that they were excellent terms, but they obviously feel that they want to try and play at a higher level. It’s now very much in their hands. Freedom of contract gives them the right to try and find another club if they don’t like the terms I offer them. All the power is with the players. I have a list with hundreds of names on it. They are all players who haven’t agreed terms with their present clubs and are looking for new clubs. The three could all still change their minds and it is still very early in the summer and it’s difficult for me to sign any new players.”

There was some very sad news in this week of 1991 with the passing of former Burnley Express sports editor Don Smith, a man who had been banned from Turf Moor by chairman Bob Lord for daring to be over critical of the team. The tribute was left to someone who knew Don well, Burnley Express sports writer of the early 1990s Jimmy McIlroy. “Don was a true legend in local sport,” wrote Jimmy. Don had died in hospital just two weeks before his 79th birthday.

Footnote: Danny Sonner accepted his terms a week later and signed his new contract with Burnley.

« Contrasting fortunes for two former strikers
A season like no other »