Cornet remains a Claret after move to West Ham 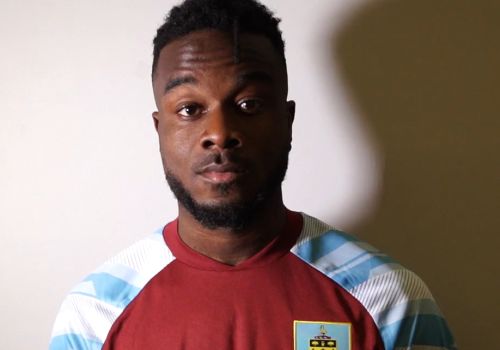 The Dwight McNeil move to Everton might have come out of the blue but the departure of Maxwel Cornet has been on the cards since our relegation was confirmed and it seemed to be just a matter of which club he would be joining.

Crystal Palace, Everton, Fulham, Leeds, Newcastle and Nottingham Forest have all been linked with him in recent weeks, there was even a surprise link with Chelsea.

Today, he’s left Turf Moor for West Ham for an undisclosed feel after just under a year with us, a signing who excited and exasperated during a stay that probably, more than anything, will be remembered for his almost solo goal of the season competition with contenders against Leicester, Southampton, Brentford and Crystal Palace, the goal against Palace winning our goal of the season.

He quickly became a huge fan favourite at Turf Moor and I’m sure his name, more than any other, went on the back of shirts. He ended last season as our leading scorer, netting nine goals in twenty-six Premier League appearances. He can also lay claim to having scored our last two Premier League home goals in the defeats against Aston Villa and Newcastle.

In what has become an ever changing Burnley, Cornet becomes the fifteenth player to leave the club since the end of last season having played Premier League football for us, all but two of them during last season.

Cornet left Burnley with a message for the supporters. He said: “I don’t know where to start, I don’t know who to thank first. You gave me so much love, like one of yours, and you made me stronger thanks to your endless support. Thank you Burnley, thank you for all those crazy memories. I will remember this year my whole life. I’m so sad to see this club go down in the Championship but it deserves to be back in the Premier League, that’s all I wish. Burnley is a big family who helped me to achieve one of my dreams: To play football in England. Thanks to you I know the English passion of football. To all the fans, employees, volunteers, all my team-mates, staff and the whole town. Burnley forever.“