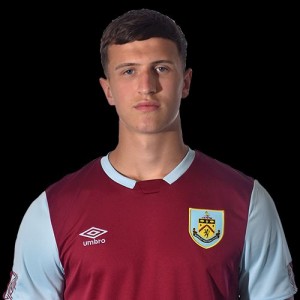 Young right-back Jordan Cropper went to National League club Chesterfield on loan last January only for the season to be curtailed after he’d impressed in his eight games for them.

Chesterfield were keen to have him back again for the forthcoming season and that’s been confirmed today with the player going there on a season long loan.

John Pemberton, Chesterfield manager, said today: “Jordan has great potential and he did really well for us last season so I’m really looking forward to working with him again. Jordan had other offers but he was desperate to come back here and Sean Dyche was only too pleased to help us out.”

Jordan has been with the Clarets for three seasons having been signed from Ilkeston Town. He first played as a striker in the youth team, scoring a hat trick in an early game against Sheffield Wednesday. Soon after he was moved to right-back, a position he’d played in schoolboy football, and he’s remained there since. Quick, good going forward and with a throw in as long as any I’ve seen, he made our first team match day squad in 2018/19 season for the FA Cup tie at Manchester City.

Best of luck to Jordan for the forthcoming season.