Crowds back but some points from the Emirates please 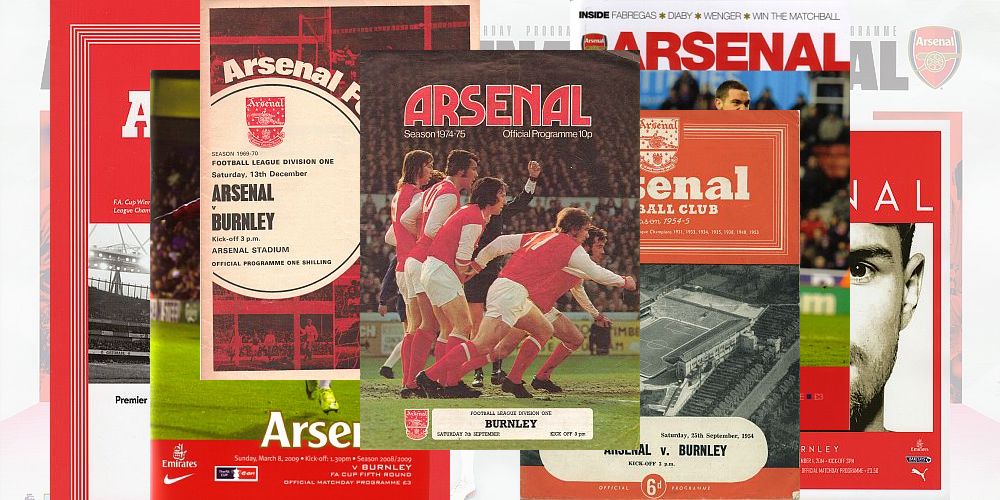 I could suggest that points at the Emirates have been few and far between for the Clarets but today we make our ninth visit there and in the eight to date, six in the Premier League and two in the FA Cup, we have returned with nothing other than defeats.

It will be the second occasion with 2,000 there for the Europa League tie ten days ago against Rapid Vienna. Tim Payton, a colleague on the FSA’s Premier League Network Group, was one of the lucky 2,000 and admitted the changes. He said: “My old match day routine was simple. Check for ticket, wallet and phone and then off to the match. That checklist has grown. Not it’s health questionnaire completed, paper ticket printed, phone, photo ID and face mask and finally you are ready to go.”

He did add: “It was great to be back at the Emirates watching Arsenal. Of course, with just 2,000 present and social distancing rules, it was very different from the usual experience, but there was more than enough to make it special.”

I was thinking back to our previous visits to the Emirates. I think it is fair to say that we’ve deserved a good number of those defeats but the one that still rankles is the one played almost four years ago when they won it with a 98th minute penalty that should never have been awarded.

But I do have an advantage over our younger supporters; I have seen us win at Arsenal. Only once I admit, and that was in September 1974 when a Peter Noble goal gave us a 1-0 victory, a game played in front of half of the Lancashire cricket team with their Gillette Cup Final ruled out because of the weather.

Today I’ll be missing my first game against the Gunners since the 1960s, again watching it on television as all other Burnley supporters will be forced to do although we hope that sometime soon, when it is considered safe for us to do so, we will have some fans back inside our own Happy Place.

Embed from Getty Images
Sean Dyche has spoken about the improvement over recent weeks and I think that’s a fair comment. Looking at our most recent four games, we’ve kept two clean sheets, drawing at Brighton and beating Crystal Palace at home. We also played really well, in my view, last week against Everton. We can rule out Manchester City, that’s just an annual event we’ve all but become accustomed to.

Of course, we’ve picked up Premier League points at the Etihad, today it would be nice to pick some up from the Emirates for the first time against one of only two teams we’ve played in the Premier League under Sean Dyche without beating home or away.

Am I confident? We are playing better than we were but this is Arsenal and with Graham Scott holding the whistle I have concerns although surely some of those ridiculous decisions that have gone against us in recent years might just have been overturned by VAR even though Arsène Wenger didn’t see any of them.

One player likely to start for us at Arsenal for the first time is Jay Rodriguez although he did come on as a substitute last season for the last half hour. just before their winning goal. Told about our record at Arsenal, he said: “It’s a strange statistic, but those statistics are there to be broken. And the best place to start is on Sunday. That’s what the aim is.”

He added: “They have great players and the way they play is exciting and they create chances. We have got to stop that and create problems in their defence to push them back and hopefully a combination of that can be a positive result.”

It doesn’t seem too long ago that I was counting the number of players available, coming up with what I thought the starting eleven would be and then trying to find the requisite number of substitutes. Thankfully, although we are not there yet, we are getting more players back and now it might be a case of who does and who doesn’t get in.

It has been reported that Phil Bardsley is fit again as is Dale Stephens although Sean Dyche has suggested that Stephens may need a game prior to being considered for a first team recall. Jόhann Berg Guðmundsson remains touch and go despite playing in the game against Crystal Palace almost three weeks ago but there is good news on Jack Cork who is now back in training with us likely to arrange a game for him to play in, maybe as early as this week.

No look at the catalogue of injuries can be complete without mention of Robbie Brady but I can confirm after his excellent performance last week against Everton there have been no reports of further injuries and I expect him to start in what could be an unchanged team.

Arsenal are currently somewhat lower in the table than they, and probably most of us, would have expected. They sit in 15th place with thirteen points from their eleven games to date and surprisingly they’ve scored only ten goals in those games with just two of them in the last seven games. Alexandre Lacazette (pictured below) has scored three of those ten goals while Pierre-Emerick Aubameyang, who has a habit of scoring goals against us, is one of two players with two goals.

Embed from Getty Images
Their most recent Premier League win came at Old Trafford against Manchester United at the beginning of November and that’s one of two away wins, the other was at Fulham on the opening weekend of the season when they scored three of their ten goals. At home they have beaten West Ham and Sheffield United; they were their first two home games of the season. They’ve since lost three against Leicester, Aston Villa and Wolves.

Mikel Arteta will be without Thomas Partey today who has a thigh injury while Gabriel Martinelli is likely to miss out following a knee injury although he has returned via a game in the under-23s this week. They will also assess Mr Anti Football David Luiz who hasn’t played since suffering a head injury against Wolves.

We’d kicked off the 2019/20 season with a 3-0 home win against Southampton so probably a good time to go to the Emirates against an Arsenal side who had won 1-0 at Newcastle on the opening weekend.

It was, predictably, another defeat but this time we could claim to be hard done to after what really was a good performance, undoubtedly the best we’ve offered there on all our visits.

Embed from Getty Images
We went behind to an Alexandre Lacazette goal but Ashley Barnes, who had scored the first two against Southampton, equalised just before half time when a Dwight McNeil shot deflected into his path.

Unfortunately, our first half was better than our second half and Pierre-Emerick Aubameyang’s goal just past the hour proved to be the winner although this was a performance from us that suggested we might have a decent season.