Jimmy had such breezy self confidence when young, with a mischievous sense of humour that seemed to carry him effortlessly through life’s many challenges.

He was married in his teens, living in a makeshift pad at Wimbledon dog track where he and his young wife supplemented their meagre income by weeding the terraces. 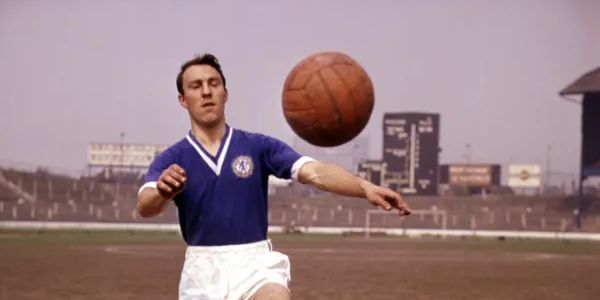 He was an inspiration to me during a dark period in my early life. He was the reason I once rooted for Chelsea, a flawed bunch of jokers whom he perennially rescued with his inimitable goal rushes.

That was before he was fatally enticed by the Italian lire, the first time his sure touch faltered. Bill Nicholson released him from his misery with a fat wad of cash, allowing him to play his best football for Spurs and country during the early 60s, when he helped his club and English football secure their first European silverware.

But what should have been his crowning glory at Wembley in 1966 was denied him first through injury and secondly by Ramsey’s commitment to a winning side. Although he continued to serve Spurs well, scoring prolifically and winning a second FA Cup medal, his characteristic sunny demeanour became increasingly clouded initially by his World Cup disappointment, then by debilitating hepatitis and ruinous drinking.

He left football too soon, after a brief stay at West Ham, no longer in love with the game he had graced for over a decade. His sad decline which blighted his family life was thankfully arrested by chirpy Dave Underwood, a former goalkeeper, then Barnet’s President, who persuaded Jimmy to play again for fun. It was an important stepping stone in his recovery which culminated in his media success on ITV’s Saint and Greavsie show, where his knockabout banter entertained a nation, not merely a dressing room. He once hilariously bemused unlikely guest, Donald Trump, leaving the tycoon and eventual US President speechless, probably for the only time in his life.

God bless you Jimmy my first and forever hero.