Swans have their wings clipped by rampant Clarets 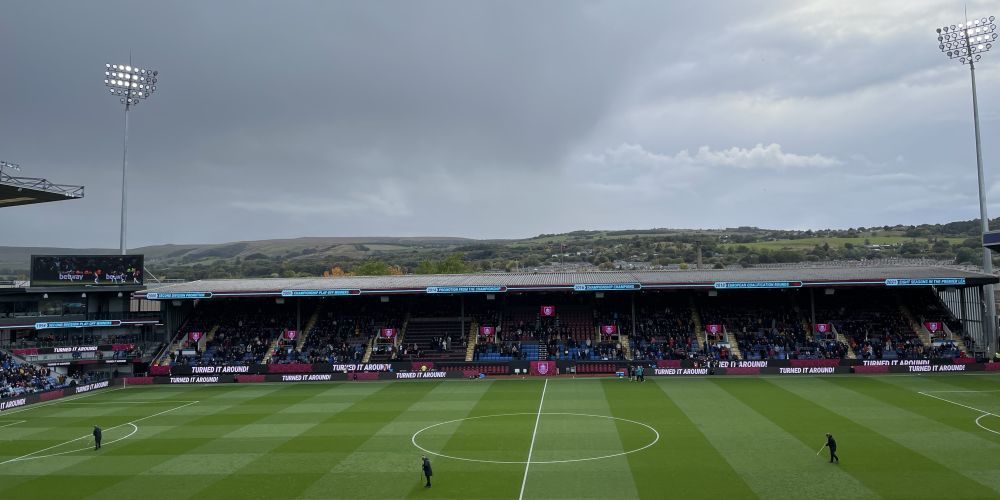 Yesterday was the day when it all came good, when Burnley turned it on and beat Swansea City 4-0 in what was a thoroughly deserved victory that was deserving of the scoreline.

I knew it was going to be a different kind of game. We’ve played so often this season when the opposition have dropped deep, often their only intention being to stop us scoring, but Swansea don’t play that way and I always expected this to be a more open game against a side against whom we rarely had a good game on the occasions we met them in the Premier League.

I always try and recall previous games I’ve seen against our opponents and yesterday morning, apart from those recent Premier League games, I couldn’t get a shocking 0-0 draw played on my 28th birthday out of my head but neither could I forget the first time I ever saw a game between Burnley and Swansea.

That came in the fifth round of the FA Cup in 1961. That was a good day against a Swansea side then a division below us. We led with an early goal from John Connelly and then late goals in the first half from Jimmy Robson and Ray Pointer gave us a 3-0 half time lead with Robson getting his second after the break to see us win 4-0. I knew nothing like that was going to happen but hoped for a win and a game far better than that on my birthday some 42 years ago.

Embed from Getty Images
The weather was horrible in the morning and I was envisaging a drenching but thankfully the rain departed long before I had to leave home. Unfortunately, the items I had ready for ‘Clarets for Foodbanks’ were left in the kitchen so it was a brief chat with the London Clarets collectors and an online donation instead before meeting up with friends.

It’s not quite so easy now to determine what the team might be but Vincent Kompany made just the one change, restoring fit again Arijanet Muric in goal. That meant a first home start for Anass Zaroury who has had a mixed start to life at Burnley.

Swansea included Michael Obafemi, a Burnley target in the summer, in their side but the visiting fans I spoke to before the game warned me that Joel Piroe, signed from PSV Eindhoven ahead of the 2021/22 season, was very much the player we should be most concerned about.

Piroe it was who had the first shot at goal in the opening minutes. His shot from just outside the box was pushed away for a corner by Muric. I’m not sure it would have gone in but it was still a good save from Muric given the shot took a deflection off Jack Cork.

Embed from Getty Images
Swansea were looking good, for maybe six or seven minutes, and then we just took over. Nathan Tella, in particular, was causing them no end of trouble with his pace down the right but they had the wherewithal to stop him, although quite how they continued to get away with foul after foul was difficult to believe. As poor as referee Steve Martin was in getting to grips with it, he was given no help from the assistant on the touchline who might as well not have been there.

We were getting on top and it came as no surprise when we went in front on the quarter hour. Jack Cork was involved twice and after receiving the ball following a throw in, he played it out to Zaroury. The wide player knocked it back for Ian Maatsen who crossed from a standing position. Inexplicably, Swansea allowed the cross to bounce in the six yard box and that was the invitation for Vitinho to come in at the far post to head home.

From then until half time it was all Burnley and Vitinho played a big part when we doubled our advantage. He received the ball from Muric on the right, moved forward and then across the pitch before moving the ball to Maatsen. It was the left wing duo again with Maatsen this time finding Zaroury whose cross was turned in at the back post by Jay Rodriguez. There was some confusion. Had Jay Rod’s shot gone in. He thought so but had it not, Tella made certain. Apparently, the referee had already pointed to his watch and pictures show it had crossed the line.

On the subject of the referee. After seemingly showing no interest in fouls for the first twenty minutes or so, he finally came to. By the time we had scored our second, he’d yellow carded Matthew Sorinola and as the fouls continued, he also carded Ben Cabango, Jay Fulton and Joel Latibeaudiere. To be honest, given their early fouls, both Sorinola and Cabango could consider themselves very fortunate to still be on the pitch.

Embed from Getty Images
We pushed for a third and Josh Brownhill was so close, his shot from outside the box was heading for the top corner before goalkeeper Steven Benda turned it over, but we weren’t to be denied a third and it all started when Cabango made a mess of a pass back to a Naughton. Tella was in quickly and force Naughton to make an error. That saw Brownhill get on the ball. Tella dummied his pass forward for Zaroury who placed his shot into the bottom corner.

When that third went in just before the half time whistle, I reckoned that just about ensured the points would be ours. They always reckon a 2-0 lead is precarious but it’s rare that a 3-0 lead doesn’t result in a victory. Poor Swans’ boss Russell Martin later described the half time score of 3-0 as ridiculous. He might want to watch it back, look at how well we played and how badly his team defended and maybe he’ll think the half time score actually flattered them.

Swansea did have a couple of early opportunities in the second half but both came after Jay Rod went down in an off the ball incident involving Jay Fulton. From there, they got the ball into our box but Piroe’s left foot shot was blocked by Taylor Harwood-Bellis and Muric saved a Cabango header from the resulting corner.

But when the first goal of the half came, the only goal of the second half, it was Burnley making it 4-0. Again, Swansea will look at their defending as three players left the ball for each other as Tella came storming down the right. He got to the line and pulled it back but it went through to Zaroury on the left. He moved it inside to Maatsen who in turn found Josh Cullen. The midfielder slipped the ball into the box for Rodriguez to finish expertly with his left foot to complete the scoring.

Embed from Getty Images
Soon after, Tella, who had played so, so well, gave way to Jóhann Berg Guðmundsson who himself played well when he came on, but the game ended as a contest I thought when we made three more changes together. I don’t like this five substitute rule and I felt it really brought the game to an end. Having said that, games can finish early any time they like for me when we’re 4-0 up.

Remember those Swansea fans telling me to keep an eye on Piroe. Well I have to admit that I missed it but I was told immediately that he’d stamped on Cullen. The referee, who by now was having a good game, didn’t miss it. Out came the red card and off Piroe rightly went with the home fans serenading him with ‘Time To Go’. Quite why a steward felt the need to come onto the pitch to escort Piroe I’m not sure.

Down to ten men, but there were few further scares for them in a game that we’d won as comfortably as the scoreline suggests. What was a surprise was the lack of stoppage time at the end of the game. We’d had a goal and there had been eight substitutions but only one minute was added on which was bizarre.

There have been so many frustrating games this season. Obviously, those where we have conceded late equalisers head that list but at times we’ve looked slow and lacking in ideas how to unlock a defence. Not so yesterday. We can look at the four goals and see how badly Swansea defended but that can’t take anything away from our performance. I thought we were outstanding as a team and with many outstanding individual performances right across the pitch from the defence to the attack.

Embed from Getty Images
It’s the first time we’ve won at home by four clear goals since we beat Bournemouth by the same score back in September 2018. That was an enjoyable day but certainly no more so than the pleasure of watching that performance yesterday, seeing Tella and Zaroury terrifying them down the flanks and seeing us so hungry to score goals. It was no surprise to see and hear all the positivity from our fans when leaving the ground. Vincent Kompany promised us goals before the season kicked off. It’s not always happened, but that was special and against a side who were on top form too.

What we couldn’t have believed is that it would take us to the top of the league. By the time we kicked off, QPR, one of the three teams above us, had been beaten at Luton. Sheffield United could only draw against Blackpool in a game that needed a scoreboard to keep everyone up to date with the red cards, and then Norwich lost at Watford. It’s where we finish in May that counts, but the league table does look good right now.

It’s back on the road now with a double at Birmingham and Sunderland. Hopefully, we’ll be able to take the confidence from this win into those games and get back to the Turf with even more points.

Doesn’t it just make your weekend when you get a performance like that?

« Change of referee at Birmingham
Referee confirmed for Sunderland game »