After a number of years of managerial stability with Stan Ternent and Steve Cotterill, things were changing at Burnley with all of Owen Coyle, Brian Laws and Eddie Howe departing between January 2010 and October 2012. 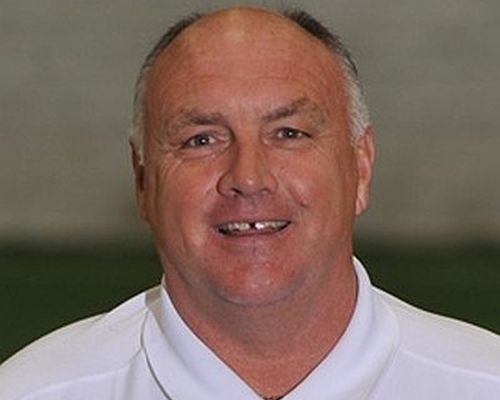 Howe left Burnley to return to Bournemouth on 12th October and, four days later, Terry Pashley was named as caretaker manager, assisted by Andy Farrell, two people who had both enjoyed long careers at Burnley and two who remain at the club today.

Pashley had been a young player with the club. He made a first team debut at 16 but had to move on to Blackpool and Bury to find regular first team football. He returned to Burnley, initially to head up the Community scheme before re-joining the club formally as youth team coach some twenty years and more earlier.

The following Saturday saw him have an enjoyable but somewhat busy day. Joined by his wife Sylvia, he took in the morning youth team at Gawthorpe with that team in the hands of Craig Mawson. He saw the team come from behind to beat Carlisle 4-3 with Jason Gilchrist scoring twice having scored hat tricks in both of the previous two games under Pashley’s command.

Then it was to the Turf for the home game against Blackpool and he got off to a winning start with Charlie Austin scoring the only goal in a 1-0 win. It also gave us our first clean sheet since beating Bolton on the opening day of the season.

He was to have two more games in charge but there very definitely no more clean sheets for a team that had been conceding goals at a rapid rate all season.

Three days after the Blackpool game, we travelled to Bristol City on an incredible night of seven goals. We led 1-0 and then 3-1 before the home side finally equalised in stoppage time. We weren’t done and in the sixth minute of added time, Chris McCann scored a winner, leaving their goalkeeper Tom Heaton to pick the ball out of the net for the fourth time.

His last game in charge came on the following Saturday at Cardiff, a game I doubt he’ll remember fondly as we fell to a crushing 4-0 defeat with the potential new manager watching from the stands.

Three days later, he returned to the youth team where he continued until 2015 after which his association with the club continued as he stepped into the scouting department.

He’d held the position of manager for eighteen days but it was a time, however short, he fully deserved given his contribution to Burnley Football Club.