Our under-18s are at home tomorrow and the opposition couldn’t come any tougher with the visit of current league leaders Wigan Athletic to Gawthorpe. 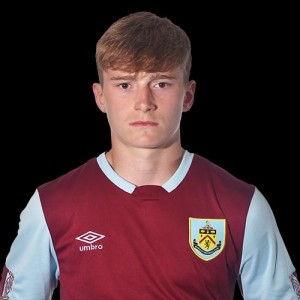 We are in our third season as a Category 2 club, and hoping to move up next season; Wigan have become a Category 2 club only this season and at under-18 level have made a terrific start. They currently sit top of the northern group with 32 points from their 14 games and are five points clear of second place Sheffield United.

The win last week must have left the media confused. We are still fifth in the table but have drawn level with Barnsley and our records are identical even down to the goals scored and conceded, leaving us behind them on alphabetical order.

We are 12 points behind the leaders but are one of only two sides to have beaten them this season. We won 3-0 at Wigan back in September when our goals were scored by Jayden Major, Mitch George and Ben Woods (pictured).

The last time we played them at home was in the Youth Alliance League in the 2016/17 season when Michael Duff was in charge of the under-18s. We’d won against Morecambe in the previous week and started a run that saw us end the season with ten wins and two draws. The Wigan game was one of the draws. It ended 3-3 with Tinashe Chakwana scoring twice and benefiting from an own goal.