A wonderful win at Wolves with Wood 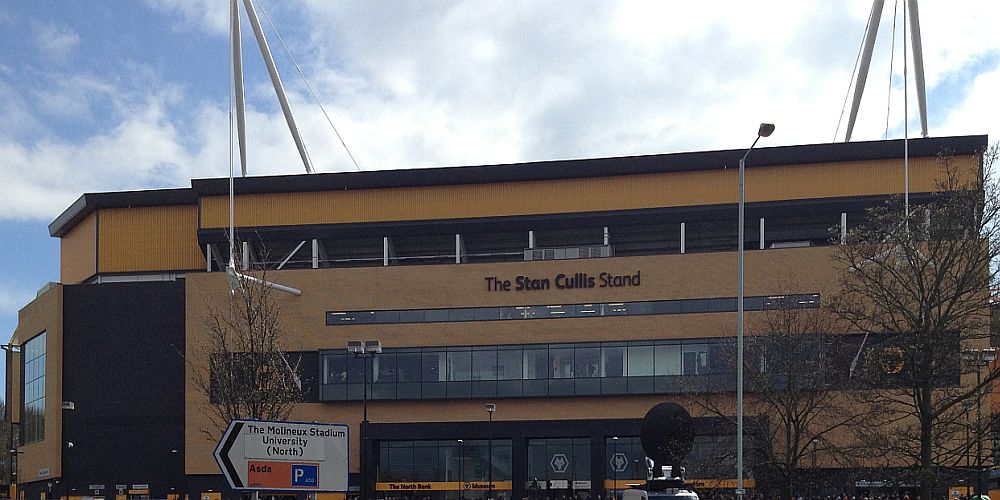 With just one win in the previous nine Premier League games, that at Everton in mid-March, some of our supporters were getting just a little nervous about our Premier League position, so we went off to Molineux and beat Wolves 4-0 to give the BBC’s Sunday lunchtime audience something of a treat.

It was a fantastic team performance, of that there is no doubt, but with Chris Wood scoring a first half hat trick and then setting up Ashley Westwood’s goal to complete the scoring late in the day, it’s hardly a surprise that he’s collecting all the plaudits.

Today’s game was always one of the big misses for me. I like going to Molineux, it’s one of my favourite grounds. I’m never sure why but I always enjoy my visits there even though I’ve seen far too many defeats over the years to even dare suggest it is a lucky ground for us.

I think, given the events of the past week, we couldn’t have had a more appropriate fixture this weekend. Burnley and Wolves were founder members of the Football League back in 1888. They beat us twice in that inaugural season, ironically scoring four in both games.

Embed from Getty Images
We’ve both been champions of England, we’ve met each other countless times in the top flight. We’ve both previously fallen on hard times and back in the 1980s, as hard as it is to believe now, we played them in the Fourth Division and, while both in that league, in the Sherpa Van Trophy Final of 1988 at Wembley.

We were the second and third English teams to play in the European Cup, following Manchester United. Wolves were there in the 1958/59 and 1959/60 seasons with us following in 1960/61 and we’ve both played in the Europa League in the last three years; Wolves admittedly having more success than us. So, quite clearly, Wolves v Burnley really is a proper, historic game on the English football calendar.

Football is now sitting at home waiting to watch it on television and an hour before kick off checking out the team news. There were some surprises. We weren’t sure whether Sean Dyche would stick with the system he’d used at Manchester United or whether he would recall Matěj Vydra at the expense of Jack Cork or Josh Brownhill. He did recall Vydra but it was Jόhann Berg Guðmundsson who dropped out and sat alongside Phil Bardsley, Erik Pieters, Dale Stephens, fit again Ashley Barnes and Jay Rodriguez on what was possibly the most experienced subs bench we’ve had all season.

On a bright afternoon that left Wolves’ goalkeeper Rui Patrício in the shadows at one end, it was Nick Pope who was forced into the first save right in front of where we would have been sat in the Stan Cullis Stand.

Embed from Getty Images
It was very definitely not setting a pattern for the afternoon. We basically dominated the first half with the first goal coming just a quarter of an hour into the game. Vydra got into the box and only a superb recovering challenge from Willy Boly prevented him from getting a shot on goal. We hadn’t long to wait for the opener.

Straight from the Wolves clearance, Matt Lowton played the ball forward. It went over Boly and found Wood who turned Conor Coady inside out before getting clear in the box on the right hand side. I thought the angle was too tight for a shot; Wood didn’t and hit his effort past Patrício and just inside the far post.

Before we had time to settle down and enjoy being in front, we went 2-0 up. We got the ball into the box and Wood got to it only for Wolves to half clear. The ball reached Adama Traoré but when he tried to make a short pass it was spotted by the outstanding Dwight McNeil who got in and rolled it across the six yard box for Wood to double his tally.

This is when I got a bit nervous. We were 2-0 up at Everton, conceded but went on to win. Then we were 2-0 up at Southampton, conceded too quickly and went on to lose it 3-2. This time we never, ever looked as though we might let Wolves back in and the only incident of note in our penalty box came when Daniel Podence needlessly stayed down.

Embed from Getty Images
James Tarkowski tried to help him to his feet and it sort of kicked off. It was mainly handbags but I’m not sure quite how on earth Traoré stayed on the pitch. He first grabbed Jack Cork, then pushed him and then put his hand into his face. Correct me if I’m wrong but surely the hand in the face should result in a red card. It didn’t; he and Tarkowski were both yellow carded.

Vydra was close to scoring a third but was at stretch trying to reach a ball coming in from the left and with half time approaching we won a corner on the right. McNeil’s delivery found Wood who headed powerfully home to win himself a first ever Premier League hat trick while giving us a half time 3-0 lead.

Three was almost four just into the second half. This time Vydra got clear, rounded the goalkeeper before tucking the ball into the net. There was no flag from the assistant but it was ruled offside, denying a goal for the striker that would have been so richly deserved on the back of this performance.

In truth, Wolves never threatened to get back into things. Matt Lowton fired in a shot that was heading into the bottom corner before Patrício pushed it away for a corner and there was never any doubt in my mind that should another goal be scored then it would come our way and it did.

Embed from Getty Images
Jay Rodriguez, on as a sub for Vydra, wrestled the ball away from Romain Saïss. He gestured to the offside Wood not to touch it and then played it to him once onside. Wood looked for the shooting chance, it wasn’t there so he laid it off for Westwood who, from the 18 yard-line hit a superb shot into the corner.

I’m not so sure I saw much more of the play, I couldn’t take my eyes away from the ‘WOL 0-4 BUR’ in the top left hand corner of the screen. It was all over and Darren England’s final whistle blew after three minutes of stoppage time to bring it to an end.

A word on England too. Although not the most difficult of games to referee, I thought he handled it really well and it was almost like watching a young Mike Dean in action at times the way he made use of playing advantage.

But the afternoon was about Burnley, our performance and this remarkable result. We’ll be told that Wolves were poor, and maybe they were, but you can only play as well as the opposition will allow you and from the off yesterday we just didn’t let them play.

Embed from Getty Images
The season very definitely still isn’t over but sitting in 14th place and nine points clear of the drop zone with just five games to play doesn’t look too bad at all. It’s the highest place we’ve been all season.

We might not be mathematically safe just yet but I can’t imagine we’ll need much more.

It was also a day of breaking records as you will see below.

All in all, a fantastic day.