Burnley fans back on the road to Liverpool 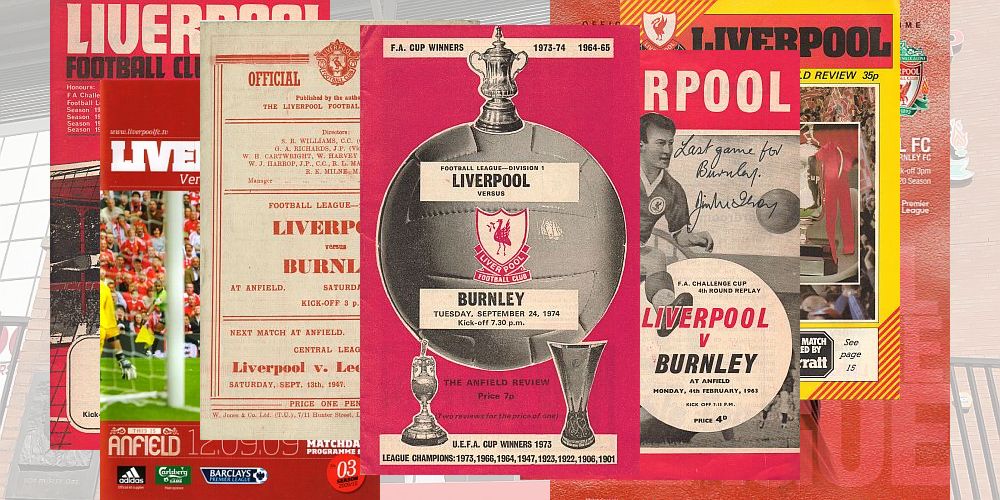 The fixtures are sending us to Anfield tomorrow to face Liverpool and it will be the first time Burnley supporters have been able to attend a competitive fixture away from Turf Moor since we drew 0-0 at Newcastle on the last day of February 2020.

It’s one of the toughest of away games to start with but we’ve shown in the last couple of seasons that it is one where it is possible for us to get a result and I’m sure all the travelling fans would have loved to have been there for our last two visits when we came home with a draw and then a win.

Last week’s home defeat against Brighton has made it doubly tough with us keen to get off the mark quickly and not wanting to have to wait as long as we did a year ago to get our first point and then our first win.

Embed from Getty Images
He added: “Their tails will be up. It’s the first league game back at Anfield. We need to be solid and confident and have courage on the ball. We need to really work hard, stay solid, work from our shape and take our chances when we can.”

We have suffered just the one defeat there in the last four seasons and that was the last time there was a crowd for this fixture back in March 2019. Looking at the teams that day, both of us fielding seven of those starting line ups last week. For us, Tom Heaton, Phil Bardsley, Jeff Hendrick and Ashley Barnes all played; last week their places had gone to Nick Pope, Matt Lowton, Jóhann Berg Guðmundsson, who came on as a substitute in this game, and Ashley Barnes.

It’s difficult to second guess what tomorrow’s team will be. No injuries have been reported and neither have any new signings been made. We know that Kevin Long and Dale Stephens are both still missing, and could be for some time but, as far as we know, everyone else is fit.

Liverpool were Premier League champions in 2019/20 and for a time last season they looked as though they could retain that title but the, amazingly, it all started to go wrong at Anfield.

In the season they won the league, they won 18 of their 19 home games, the exception being our 1-1 draw there courtesy of a Jay Rodriguez goal. Nothing much changed until two days after Christmas when West Brom went there and drew.

They drew the next home game too and were then shocked when we went to Anfield and won. It triggered a run of six consecutive home league defeats, a club record, and that ensured they would concede the title to Manchester City. They did recover eventually, winning the final six games of the season to win a place in the Champions League.

Embed from Getty Images
One of the problems was their growing injury list and they missed defenders Virgil van Dijk (pictured), Joël Matip and Joe Gomez for much of the season; they started just twenty Premier League goals between them.

All fit again, they have started this season with a 3-0 win at newly promoted Norwich with goals from Diogo Jota, Roberto Firmino and Mohamed Salah.

Their one injury concern is left-back Andrew Robertson but will be able to welcome back fit again Jordan Henderson, Thiago Alcántara and Curtis Jones.

Maybe the Burnley fans weren’t able to be there but it was a special night at Anfield last January when an Ashley Barnes penalty in the 83rd minute gave us a 1-0 win, repeating the scoreline from the last occasion we won there in 1974 when Ian Brennan scored our goal.

We had to earn the win, no doubt about that and Nick Pope winning the man of the match with 59% of the vote might point to how the game went. Yes, he did make some good saves, and he did win the award, but it was never one way traffic.

Embed from Getty Images
When the goal came there was much credit to referee Mike Dean. Some referees would have seen the foul on Barnes by Fabinho just outside the box, but he gave himself those few seconds to see if there could be an advantage. There was, he was clearly fouled by Alisson, Dean pointed to the spot, Barnes beat Alisson from the penalty and we won the three points.

« We have to get the mixture right
Burnley beaten at Liverpool »