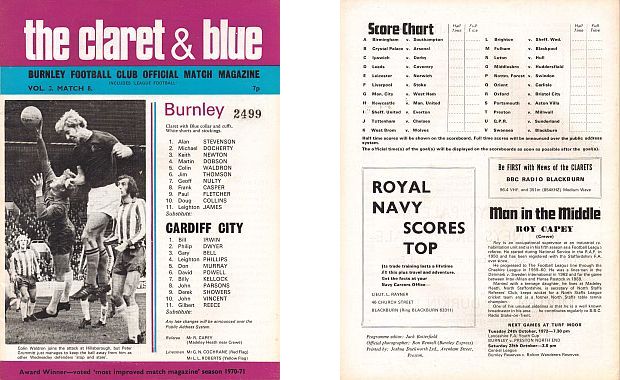 Last week we reported on the nursery headmistress, Miss Rosalind Gregory, who wanted to give children alcohol and cigarettes amongst other things, and that she’d handed in her resignation because she didn’t agree with the education system as it was. She was, hardly surprisingly, suspended with immediate effect. She did not like that at all and immediately lodged an appeal. She also claimed that a petition was circulating protesting at the treatment she was receiving. “I don’t regret what I have said but I regret that I have lost some sleep,” she said, explaining: “I had the telephone and the doorbell going constantly, parents who couldn’t sleep were making sure that I didn’t.”

The petition read: “I don’t consider that Miss Rosalind Gregory is an unfit person to teach young children.” I don’t know how many people had signed it, not many apparently, but it was confirmed that it was Miss Gregory herself who had drawn it up in the first place. The woman wasn’t to teach again and disappeared convinced that she still had the full support of the parents, even the ones keeping her up at night.

I’ve heard of plans by committee, but the planners at Burnley council were asking for help in setting up future plans from the word go. The Burnley Express joined in and provided those planners with a dozen areas in the town that needed immediate improvement. The newspaper said: “We are concerned because we feel these sites are not major problems, but matters which could easily be put right at relatively litter effort and expense.” Those sites included the unsightly appearance of the Burnley Football Club hoardings down Brunshaw Road with the council joining in and making it a baker’s dozen by adding the land opposite the Cross Keys Hotel on St. James’s Street.

Just as that news was being taken in, there was more as the planners asked residents to play a major part in the future planning regarding the new Calder Valley fast route and Westgate link. The planners confirmed that no firm plans would be prepared until the public, individuals and organisations had put forward their own ideas. Whittlefield, Clough Street, Barracks and Westgate were the four main areas with those areas bordering them to be included in the preparing of plans.

The vandals had struck again with one group senselessly ransacking classrooms at Holy Trinity Junior School while another group had damaged Belisha beacons and a bollard. There were also serious concerns that doors were being removed from lamp standards allowing access to the electricity supply and it was feared lives could be lost if the public didn’t join the police in helping to stamp out what was described as a social evil. Burnley’s Street Lighting Superintendant, Mr D. Proctor, said: “The situation is getting out of hand. If people keep removing these doors from the standards, someone is going to get killed.” The latest spate of vandalism had caused more than £40 worth of damage to his department alone.

One local lady, a mum of six, was mounting a campaign to prevent newsagents from displaying what she referred to as pornographic magazines where children could see them. She demanded that any magazine of such nature should only be sold by book shops and then only if they clearly displayed outside that pornographic literature was being sold. The newsagents hit back and claimed that none of the members of the National Federation of Retail Newsagents were selling such magazines. The lady felt the magazines might well have been legal but did not fit within the moral Christian law.

There were a couple of noteworthy crimes to report. The first came when a 56-year-old man stole a pair of curtains from a store in town. When he got them home he realised they weren’t the correct size so returned them seeking a refund. By the time he got there, the store was already aware of the theft and that led to the man facing court charged with stealing curtains worth £8.75 and then attempting to obtain £8.75 by deception. He paid for his crime too; he was sent down for six months.

I’ve never been on the rob myself, not since I got caught stealing a shilling from my mum when I was a child. I paid for that, I can assure you, but at least I didn’t lose the shilling. One teenager in 1972 broke into a house and stole two cameras. He hid them but when he returned he found they’d been stolen again. Despite no longer having the property he was found guilty to burglary and was sentenced to three months at a detention centre. The cameras were valued at £171.50. I bet he was thankful he didn’t steal curtains, he’d have got a longer sentence.

Burnley’s super modern sports centre was underway with former England manager Walter Winterbottom arriving in town to lay the foundation stone for the William Thompson Centre in Centenary Way. It was being built due to the generosity of Mr Thompson, of Todmorden Road, who had given £1 million towards the cost.

As Burnley prepared for the Cardiff game, news came of some problems at Hillsborough a week earlier. The special train arrived home with three smashed windows although all had been caused by Wednesday supporters. Two Burnley fans landed themselves in court. One was found guilty of threatening behaviour and received a £30 fine. His crime was to punch a member of the South Yorkshire Police in the face. Another fan, a 24-year-old, was remanded on bail having been charged with assaulting a police officer. He was named in our local paper at the time but was certainly not guilty of any offence, that I can confirm having been stood with him at the game. Justice prevailed in the end in court when the police officer was made to look, shall we say, rather silly with his fabricated evidence.

It was Cardiff City at home now and ahead of the game Jimmy Adamson warned: “These matches sometimes are the danger ones. Our attitude must be right. It looks on paper as if we should win, but matches are not played on paper. This game is just as important as the one at Sheffield last week.” Adamson and Burnley had no need to worry. All the talk ahead of the game was of Dave Thomas, sold to QPR, but his former roommate Paul Fletcher was the hero for Burnley as he completed his first ever hat trick to give Burnley a 3-0 win.

It wasn’t the best of performances from Burnley and for long periods Cardiff were every bit as good as we were, but Fletcher was the difference on a day when Burnley struggled to find any rhythm. The first goal, on the half hour, was a typical Burnley goal. Mick Docherty got down the right wing and, as he shaped to cross, Martin Dobson made a near post dummy run. Docherty hit the ball beyond him and FLETCHER was there to hammer the ball home into the roof of the net.

A goal up at half time, we went looking for a second and it came just past the hour. Again is was the product of a cross from a full back, this time from Keith Newton on the left. FLETCHER was the only Burnley player in the box but as defender Don Murray hesitated the centre forward headed home from ten yards. The hat trick was completed just a few minutes from time. He broke clear, went past Murray only to be brought down by Gary Bell for a clear penalty. Dobson handed the ball to FLETCHER but he wasn’t keen on taking it. He asked his captain what he should do but then remembered the words of his old Bolton team mate Francis Lee who told him to hit it as hard as he could.

That was it. It hadn’t been an inspiring performance but it was two more points and Adamson heaped praise on his centre forward. “Paul’s a big hearted player who gives everything to the game. It’s nice to see him scoring a few goals and I’m sure it will do him a power of good.” He added: “This was a good solid team performance without being anything brilliant.”

There was a very special visitor too at the game, Jimmy Hogan was there having just celebrated his 90th birthday. Mr Hogan, the coach renowned right across Europe, enjoyed it. He met Mr Bob Lord and Mrs Hilda Lord who both had a chat with him. He was also impressed with Burnley but gave them a piece of advice. “Keep the ball on the ground,” he said.

Two of the teams right below us dropped points. Sheffield Wednesday were held at Brighton and although Aston Villa won at Portsmouth they had dropped a point at Blackpool in midweek.

The team we were going to have to watch was definitely QPR. The heavy spending club picked up four points with a win at Fulham, following that up with a home win against Sunderland. They were now just a point behind us. The top of the table was looking like a one point stepping stone with each team in the top six one point behind the one a position higher. Cardiff were still stuck at the bottom, a point behind both Carlisle and our next opponents Millwall.

« Pope thanks supporters for Beeky Award
Ali Koiki on the Gas »