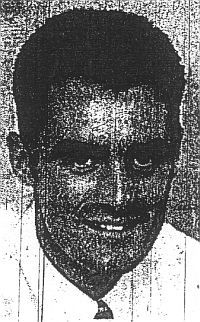 Burnley’s pre-season games got underway with the first of two games on the tour of the Soviet Union, and it ended in a 1-1 draw against top flight club Dynamo Stavropol.

The Clarets faced the First Division side and apparently were somewhat unlucky not to win the game although we had to thank Mike Conroy, who netted an equaliser on his Burnley debut, for the draw.

Restrictions meant that neither supporters nor reporters were able to attend the game and the football club offered nothing in terms of information. There wasn’t even any recorded team news. The only information provided from the game is that 16,000 were there to witness it and saw the home side go in front before Conroy’s goal. The only disappointing news for Burnley was that the new man didn’t complete the game after being forced off with a chest injury.

Manager Frank Casper said: “We had an awful lot of good chances and should really have won. I know the locals were very impressed with how well we played for a Fourth Division side.”

The Burnley team now faced one more game on the tour, and this would now be against Asmeral of the Second Division four days later.

Burnley FC did confirm that there was good news for fans in that a video recording of the game would soon be available in the club shop, just as long as the video tape gets through the red tape and back to Turf Moor.