Cooney and Phillips both join Morecambe

Earlier today, Christian N’Guessan joined Oldham Athletic on loan, and now we can report that two more of our young professionals are on their way to spend the remainder in League Two with Morecambe. 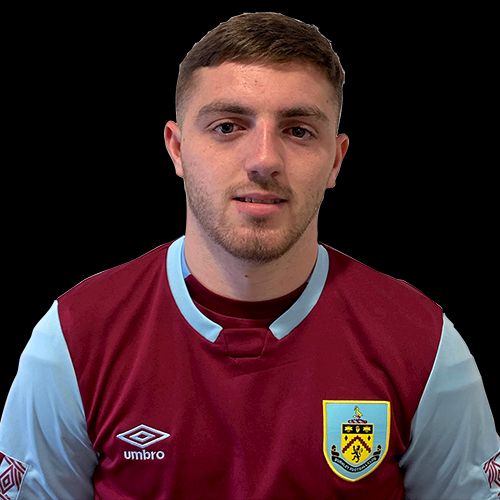 Former Claret Derek Adams, who took over at Morecambe recently, has swooped to sign right back Ryan Cooney (pictured) and midfielder Adam Phillips, two players who joined us last summer from Bury and Norwich respectively. Both have been regulars in the side but will now move to League Two.

Adams said of them: “I’ve watched both players in games recently and been impressed with them. Adam is a midfielder who was a youngster with Liverpool and Norwich and has a good pedigree. Ryan made his debut as a teenager at Burnley and will add competition for places in the full back areas. We are looking forward to working with both players.”

Both players have first team experience. Cooney made 29 league and cup appearances with Bury before moving to Burnley at a time when Bury’s league future looked less than secure. Phillips, meanwhile, played four times in league Two for Cambridge two seasons ago and last season had a loan at Hamilton in Scotland.

Their new boss Adams was with Burnley for a season and a half although made only two substitute appearances in that time for the first team. He was signed by Jimmy Mullen in January 1995 from Aberdeen. It was in the following season that he got his two games, coming on for Warren Joyce in a 4-2 win at Swansea and a week later replacing Gerry Harrison in a 0-0 home draw against Bristol City.

Soon after, Adrian Heath replaced Mullen as manager and there were reports of clashes between player and new boss. Adams was released a the end of that season and moved on to Ross County.