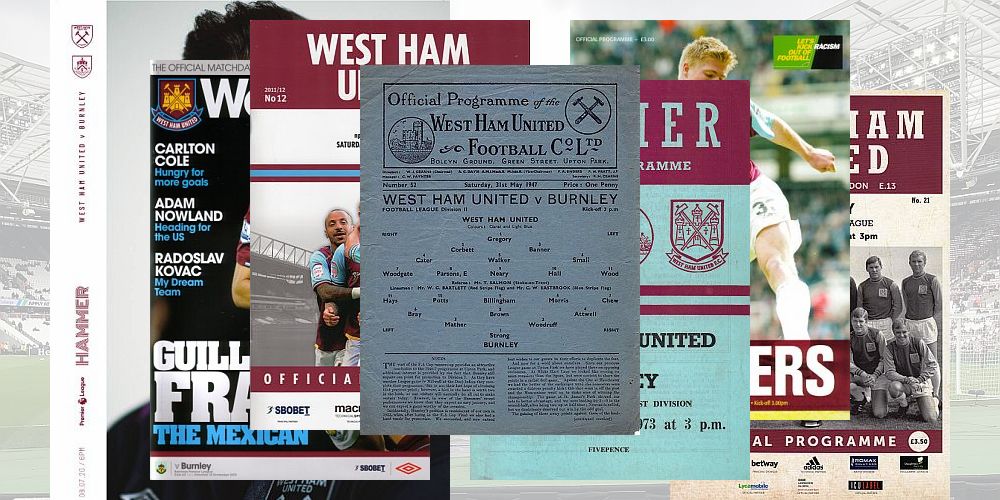 After three successive home games, that would have been four had the Fulham game not been postponed, we are now on the road for the next eight days with two trips to London to play West Ham and then Fulham sandwiching a trip to Liverpool.

It will be our fifth visit to the London Stadium and our second with no crowds. We’ve suffered two defeats there and also won twice. We beat them 3-0 on that incredible day of protests and pitch invasions and were 1-0 winners there last season at a time when West Ham still looked on the brink of relegation.

Tomorrow we take on a team in the top half of the league as we continue to try and pull away from the bottom clubs in the Premier League. Despite losing against Manchester United last Tuesday, not much damage has been done with only bottom club Sheffield United, of those below us, having picked up a win. Fulham’s draw at Spurs means we are only four points above the drop zone but there are teams above moving closer to being within catching distance.

It’s been a strange season because of the injuries. It seemed in the early weeks that we almost had as many players ruled out as we did able to play and even when things improved we then picked up more and even a week ago we were still struggling in terms of numbers when it came to our recognised first team players.

Sean Dyche, it seems, will have virtually a full squad to select from tomorrow other than Charlie Taylor. He’s rated doubtful but Up the Clarets understands he’s some way from being fit just yet and isn’t likely to play in the three games coming up.

Embed from Getty Images
That means Erik Pieters will retain the left-back berth. What a signing he’s now proving to be. He’s filled in all over the place since last season resumed in June, in both full back positions, in both wide midfield positions and I’m sure he turned up in one game in a central role.

Expecting a good game tomorrow, the Dutch international said: “It will be a difficult game from the United game. We have to play our own football and believe in ourselves. We just have to be there for each other and if we have some chances, finish them off to make the job easier and the game easier.”

He added: “West Ham have played some really good games and other games I think they can do better. I think it’s a little bit like the same situation as us. There are some good games, good parts in the game and then some less good parts. It’s going to be a good game. I am looking forward to playing again and collecting some points.”

This is the part of the preview when I go through the injuries, naming the players ruled out. It’s finally short, it should just be Taylor which will leave Dyche with some very experienced players on the bench as was the case during the week.

Will he make changes? I suspect the goalkeeper, back four and central midfielders will all be unchanged. The questions are on whether Dwight McNeil will return and whether the manager opts to make changes up front although it might not be the time to give Chris Wood a rest given his record against the Hammers.

West Ham won two and drew two of their final four games last season to see them safe, some five points above Bournemouth and Watford, two of the relegated clubs. This season they have done much better and their current points total of 26, from just 17 games, is only 13 less than last season’s final total.

They’ve just about been equally as good at home as they’ve been away with three of their seven wins and two of their five defeats coming at the London Stadium. Those three home wins have come against Wolves (4-0), Fulham (1-0) and Aston Villa (2-0) while they’ve lost against both Arsenal (1-2) and Manchester United (1-3).

Embed from Getty Images
Overall, they’ve conceded 21 goals and that’s the same total as we’ve had scored against us. The big difference is that while we’ve struggled to find the net with just nine goals, West Ham have scored 24. Those goals have been shared out across nine scorers. Tomáš Souček (pictured) is their leading scorer with five, followed by Jarrod Bowen who has netted four times. Both Mikael Antonio and Sébastien Haller have three goals each although Haller won’t be involved having been sold to Ajax since this transfer window opened. They’ve also let wide player Robert Snodgrass leave; he has signed for West Brom.

West Ham will be without Fabián Balbuena tomorrow. He’s isolating after coming into contact with someone who tested positive for Covid-19 but they could have goalkeeper Lukas Fabianski. He hasn’t played since we moved into 2021 because of a thigh strain but is expected to pass a fitness test.

They beat Stockport last Monday 1-0 in the FA Cup at Edgeley Park but haven’t played a league game since New Year’s Day. That was also in the North West and also ended in a 1-0 win at Everton with a goal scored by Souček four minutes from time.

Things were going well for us in Project Restart. After losing at Manchester City, we had picked up seven points from three games before travelling to West Ham. We were ninth in the league with 46 points and still with five games to play.

A Jay Rodriguez header some seven minutes before half time was enough to give us a 1-0 win and this on a night when, apart from having lost Jeff Hendrick and Aaron Lennon, we were without Matt Lowton, Ben Mee, Jack Cork and Ashley Barnes with injury while three players returning from injury, Jόhann Berg Guðmundsson , Robbie Brady and Chris Wood were only considered fit enough for places on the bench with only Wood taking any part.

Embed from Getty Images
The only goal came from a superb Charlie Taylor cross for Jay to head home expertly and even though we had some defending to do at times in the second half we never really looked in trouble and were the only team deserving of the points.

It was a terrific all round performance with even Alan Shearer heaping praise on us that night on Match of the Day.