England’s number one at the World Cup

Today is the perfect day to look back at the 1958 World Cup played in Sweden. This was the World Cup when all of England, Northern Ireland, Scotland and Wales qualified out of a total of just sixteen teams and there was Burnley representation in both the England and Northern Ireland squads.

Jimmy McIlroy was a major player for Northern Ireland at the time but Jimmy has to take a back seat today as we take a closer look at the England squad, or one member of the England squad in particular and you don’t have to look too far down the list. Number one on that list was Burnley goalkeeper Colin McDonald. Had he not done so previously, he definitely made a big name for himself in that tournament. 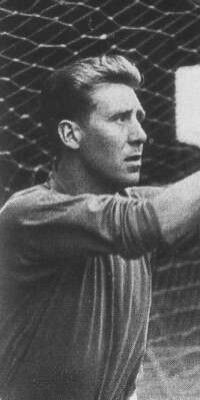 I can’t write about McDonald from memory other than to report that I saw him playing in reserve team games in the early 1960s while Adam Blacklaw, my big hero in football, was first team goalkeeper, winning a league title, playing in Europe and an FA Cup Final while also representing Scotland. “He’s good, but he’s nowhere near as good as McDonald,” my dad would tell me. So why was he in the first team while McDonald was playing just occasionally in the reserves? I learned the story of how injury ended the career of potentially the finest goalkeeper ever to represent our football club.

Firstly we have to thank Jack Marshall for introducing him to our club. I remember Marshall as manager of Blackburn Rovers in the 1960s but he’d played for Burnley, mainly before World War II, but in 1950, while still at Burnley, he recommended the Summerseat born McDonald who was a neighbour of his. He impressed and was signed as an amateur, making his debut in a reserve team game in May of that year.

By the time he played for us again he’d been away on National Service and caused a team to be thrown out of the FA Cup. It was while on National Service that he signed up to play for non-league club Headington United, later to become Oxford United. During his second season playing for them they had beaten Oxford City, Chesham United and Wycombe Wanderers in the cup but it was McDonald’s appearance against Wycombe that caused the problem. He wasn’t eligible to play and so, despite Headington winning 3-2, Wycombe went through to the next round.

The summer of 1952 saw the forces uniform gone to be replaced by a goalkeeper’s jersey at Burnley where he was awarded his first professional contract at Burnley, a move the club had to make quickly with Arsenal showing more than a passing interest. He stepped up to play in the reserves but had to wait until April 1954 to be given his opportunity in the first team and what a place to get it, Villa Park, a ground renowned for not being kind to Burnley. It wasn’t that day either. Poor McDonald conceded five times in a 5-1 defeat although he retained his place in the team for the Good Friday game six days later at Bolton which was followed by a home game against Huddersfield. Those two games provided him with his first clean sheet, a 0-0 draw at Bolton, and a first victory, we beat Huddersfield 2-1. 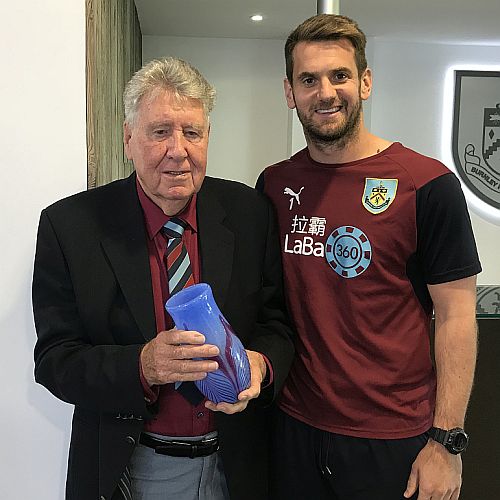 There was no going back. He played in the final two games of the season and was installed as the regular first team goalkeeper ahead of the new 1954/55 season and he retained that place, other than missing eight games during the 1956/57 season because of a broken leg which allowed his eventual successor Blacklaw his debut.

No one at Burnley could believe that England didn’t come calling so well was he playing. That had to wait until 1958 when he was in the Football League team which played the Scottish League in March. Two months later he was in the England team against the USSR in Moscow, playing alongside Billy Wright, Johnny Haynes (a player who was a poor man’s Jimmy Mac according to my dad), the brilliant Tom Finney and future England manager Bobby Robson.

It only took one game. He was now first choice for England and played in all four of our games in the World Cup in Sweden, earning rave reviews and considered the best goalkeeper in the tournament. His stand out performance had come in a 0-0 draw against the all conquering Brazil team.

No one could have known it at the time but Burnley were just two years away from being crowned Champions of England and then becoming only the third English club to play in the European Cup. With McDonald in the team we arguably had the best goalkeeper in the world. Sadly, all the future achievements at Burnley were without him, his career coming to an end before that 1958/59 season had ended.

On Saturday, 14th March 1959, a late John Connelly goal earned us a 1-0 win against West Ham. McDonald had chalked up another clean sheet but it was to be his last. He would not play first team football for Burnley again.

Three days later, on St. Patrick’s Day, he lined up for the Football League against the League of Ireland at Dalymount Park in Dublin where he suffered another broken leg. It was an accidental clash with Liam Tuohy, then at Shamrock Rovers but later to play for Newcastle. This one was serious, very serious. Colin McDonald never fully recovered and never played first team football again. Apart from a few reserve team games, and a few non-league games for Altrincham, his playing career was over. 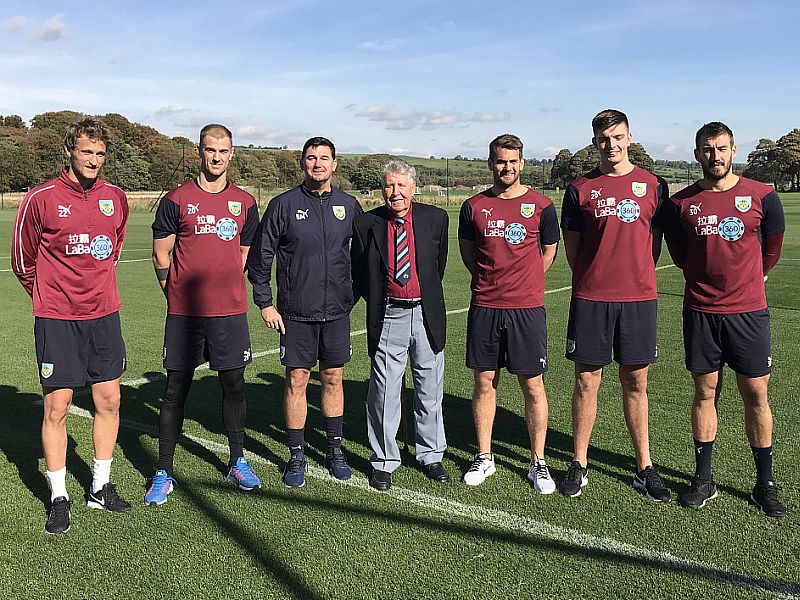 One injury had taken away from him the opportunity to become a league champion, play in Europe, a cup final as well as winning many more caps for England including potentially a World Cup winners medal.

He did continue to work in football for many years as coach and scout and had one short spell as manager at Bury, but had football lost its finest goalkeeper that night in Dublin? My dad was certain of it: “Gordon Banks would never have won a cap,” he said, forgetting that McDonald would have been well into his 40s by the time Banks last played for England.

You tend not to disbelieve your dad so I took advice elsewhere. I once asked Brian Miller and he said he couldn’t choose between McDonald and Blacklaw although it has to be said that he was Adam’s best mate so I thought it best to check with Jimmy Mac. “Blacklaw was a brilliant goalkeeper,” he told me, but just as I was getting excited that he thought my hero was the best, he added: “But Colin McDonald was the greatest goalkeeper I ever played with or against.”

I don’t know what Colin’s thoughts are on goalkeepers playing out from the back and it being a higher priority than actually being able to save shots. I do know that he was an outstanding goalkeeper when it came to keeping the ball out of the net and yet he rarely made spectacular saves.  “He didn’t need to because he was always in the right place,” my dad said.

This McDonald story isn’t quite over. Back in 2018, Burnley FC Supporters Groups honoured him with their Special Achievement Award. Unfortunately, an arm infection prevented him from being there on the night but in early October of that year I was privileged to be there along with him and his wife Anne at Gawthorpe when the award was presented to him by then club captain Tom Heaton.

Colin enjoyed every minute of the visit, hardly able to take in the changes that had been made at the training ground. I described the whole event at the time by writing: “Special moments never seem to last long enough but the memories do and today will live with me for a very long time.” I was like an excited kid all over again, finally meeting the goalkeeper my dad told me was the best and also being able to see him and his wife looked after so well by the players and staff of our club.

Why have I chosen today the 15th October 2020 to write about McDonald? The answer to that question is an easy one. Colin is today celebrating his 90th birthday and I can report that he’s as chirpy and healthy as he was two years ago. He still talks football and he still talks Burnley Football Club. They were and still are his club.

« Derek Gill passes away
Jay Rod back in the reckoning »