Fletcher goes back north of the border 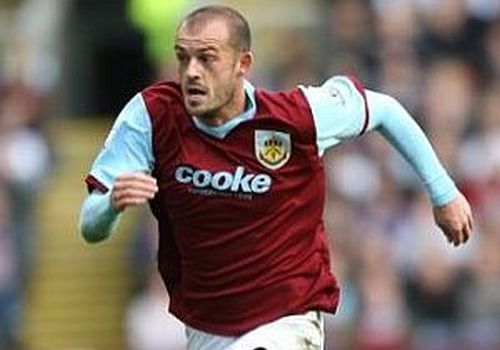 It’s thirteen years ago that Burnley won promotion to the Premier League for the first time with one of the key signings that season being 22-year-old striker Steven Fletcher from Hibs.

Already capped by his country on four occasions, he’d scored over fifty goals for Hibs but his stay at Burnley was a short one. With relegation confirmed a year later, and having scored eight Premier League goals for us.

In the subsequent twelve years, he’s played most of his football in England. He moved to Wolves from Burnley, staying two years before joining Sunderland in the summer of 2012 with Wolves having been relegated.

While at Sunderland, he had a short spell with Marseille on loan before moving on to Sheffield Wednesday and, finally, to Stoke two summers ago. After 386 league games in England, during which he scored 101 goals, he returned to Scotland yesterday and signed a two-year deal with Dundee United.

Their manager Jack Ross couldn’t hide his delight and said: “To bring a player of his experience will be a big asset both on and off the pitch. The level of quality he has shown throughout his career makes him a really exciting addition, and we are really looking forward to getting down to work.”