This week, former Reading striker Dave Kitson has put himself forward to replace Gordon Taylor as chief executive of the Professional Footballers Association but it has not gone down too well with some former players including a couple of who have worn the Claret and Blue of Burnley. 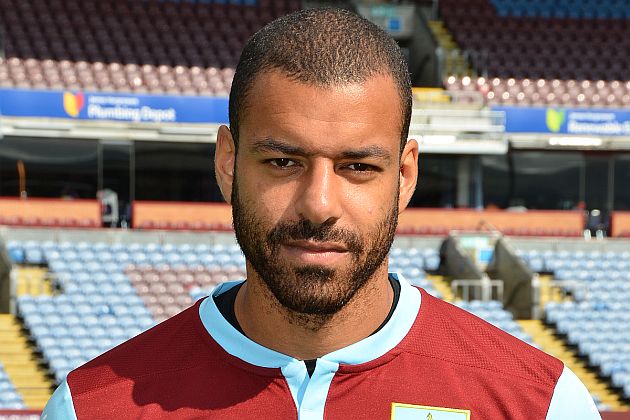 Former Sunderland left-back Michael Gray was the first I saw commenting. He simply said: “Dave Kitson – chief executive – no thanks!” while Sam Allardyce questioned his intelligence. “I listened to Mr Kitson yesterday and I was pretty embarrassed by what he was saying,” Allardyce said. Having defended the work done by Taylor, Allardyce added: “Whether Mr Kitson is clever enough or intelligent enough to deal with all the pressures with the FA, I fell that might be a little difficult. To tout himself for the position publicly was wrong.”

Frank Sinclair, who was with Burnley from 2004 to 2007, spoke out. “If Dave Kitson gets any role in the union, I won’t be using them at all,” he said, but the more damning comments came from Steven Reid (pictured) who was a Claret during the 2014/15 season. Reid said: “Is this the same Dave Kitson that accused the likes of Raheem Sterling of ‘bringing it on themselves’ after he was abused? Yeah, would love him fighting my corner.”

Interestingly, back in 2005, Kitson got upset when Stoke fans taunted him about his ginger hair. He claimed it was the same as a black player suffering racist abuse. He’d previously been upset with his own fans at Reading who had their own ginger day as a tribute to him and Steve Sidwell. At the time, red haired Simon Cheetham, chairman of a group called Red and Proud, said: “I have no sympathy for Dave Kitson. I think he should get a grip of himself and stop whingeing. I have to say he comes across as slightly pathetic, a ginger whinger.”

Kitson, now 40, had previously played for Cambridge before his move to Reading. A few years later he moved to Stoke, where he’d received the abuse, but was back on loan at Reading by the time we beat them in the play-offs in 2009. He subsequently played for Middlesbrough, Portsmouth, Sheffield United and Oxford before ending his playing career in non-league football.

It looks as though Kitson has a battle on his hands if he wants to replace Gordon Taylor at the PFA.