The links between Irish League club and Burnley are well known and those links include the signings of Jimmy McIlroy in 1950 and Glen Little in 1996, but the Glens are on the verge of breaking the Irish transfer record with the capture of Shay McCartan.

Now aged 27, the pacy striker returned to his native Northern Ireland last summer and joined Ballymena. He had an outstanding 2020/21 season, scoring 21 goals and recently signed a new deal with the club until the summer of 2023. 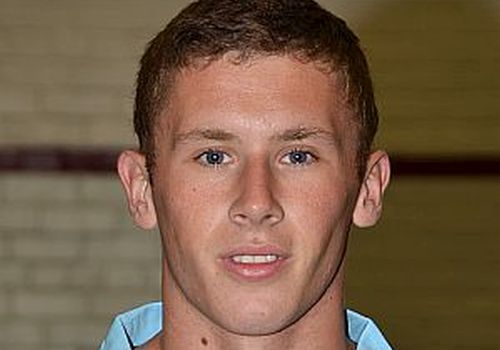 He was missing from their team yesterday for a pre-season friendly with his club explaining that he had been excused. In a follow up statement, they said: “It has been well leaked in the papers about Shay, and we’ve always been consistent in doing our business privately and announcing news when it is there to be announced.

“However, to be fair to our supporters we can be honest and say that having rejected many attempts for Shay, who has been aggressively pursued over the summer, he approached us with a desire to speak to another club. That club, having eventually met a fair value for the player, have been given permission to speak to him and that’s where it remains.”

That club is Glentoran who, it is reported, are set to blow the previous Irish League transfer record of £60,000 out of the water with the capture of McCartan expected to cost them £100,000.

McCartan joined Burnley in 2010 on a two-year scholarship and in his second year with the Clarets he played a major part in the youth team’s run to the FA Youth Cup semi-finals, particularly with his performances against West Brom and Fulham.

By the end of that season he’d made a first team debut, coming on as a substitute for Junior Stanislas in a 2-1 win at Doncaster, and was subsequently on the bench on occasions for the team in the following season after he’d signed his first professional deal.

He was offered a further deal in 2013 which was then withdrawn, and he went on to play for Accrington, Bradford City and Lincoln before returning home and now he looks all set to join that list of players who have represented both Glentoran and Burnley.