Gus Poyet – Your team’s a disgrace 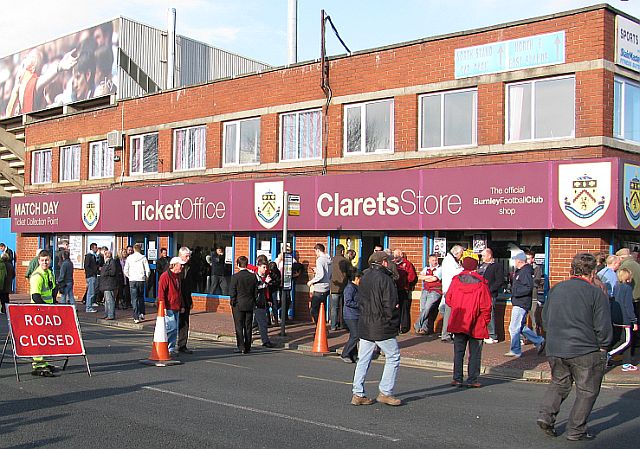 The 2019/20 Premier League season should have been coming to an end this weekend with Brighton & Hove Albion making their way to Turf Moor. No matter what might have happened in the previous eight games we would have been in a safe position in the league although, with a string of tough games still to play, the same might not have been the case for Brighton and their outspoken, publicity seeking, self centred chief executive Paul Barber. They could have been fighting for their lives; better still they could have been already and mercifully bleating their way back to the Football League.

This was a club a lot in football had a lot of sympathy for, including myself, when they lost their ground, had to play home games in Gillingham and then at the totally inadequate Withdean Stadium. That sympathy wore off with a lot of clubs and supporters in the latter seasons at the Withdean when they stuck away fans in a position where seeing the game was a major challenge and since moving to the Amex those in Sussex by the Sea seem to think they are England’s equivalent of a Real Madrid, a Juventus or a Bayern Munich.

They haven’t beaten us in the Premier League in five attempts; they haven’t beaten us since that farcical game at the Amex when Tom Heaton was ridiculously sent off back in 2013, but today I’m taking a look back at the time when Gus Poyet brought his side to Turf Moor on Good Friday 2012.

There was a bit of background to the game. We’d won the away game in what was our first ever visit to the Amex back in December. A Kieran Trippier goal just past the half hour was enough to give us a 1-0 win although that didn’t quite tell the story of the game. With just six minutes gone, referee Craig Pawson sent off Brighton’s Romain Vincelot and six minutes later they were down to nine men when striker Ashley Barnes was also given his marching orders. We were, frankly, very poor that day and were thankful for a couple of missed sitters in the closing minutes to hang on for a win, part of which had been missed by their manager Gus Poyet who had a tantrum and stormed off.

So, onto Good Friday, and how things went at Turf Moor as Burnley again recorded a 1-0 win to complete the double over Brighton. It was just our seventh and final home win of the season.

Good Friday was definitely that for the Clarets as we recorded our first home win since the 2-0 victory over Barnsley on Valentine’s Day but it was a game that will be remembered sadly for the shocking attitude of the Brighton side and their manager along with the appalling refereeing of Carl Boyeson.

It’s a long time since I saw a side as cynical as this Brighton side and the one thing you desperately hope for in a match like this is a strong referee. Sadly we got Boyeson who, I’m convinced, had no idea as to what was going on around him for the entire ninety minutes.

We’ve seen over physical sides come to Turf Moor in the past. In recent seasons we’ve had to put up with the antics on the touchline of the likes of Aidy Boothroyd and Gary Johnson, but I can’t recall a Turf Moor crowd reacting in the way they did in this game as howls of protest came from the stands aimed at Poyet and his shocking team.

Alan Navarro seemed to have done most of the refereeing at times and as the game drew to a close with Rodriguez Vicente continuing to fall down untouched, and Craig Noone doing his best to get what he should have got in December – a red card – chants of ‘Gus Poyet – Your team’s a disgrace’ came from the Turf Moor stands.

The Uruguayan had had enough. Just as he’d done at the Amex, he left his team to it and stormed off up the touchline, not to be seen again until he made a fleeting appearance in the press conference and outrageously tried to point the finger elsewhere.

I love winning football matches; I love winning them against teams like this even more, and so I was certainly celebrating some at the final whistle (one thing Boyeson did eventually get right after almost eight minutes of stoppage time) with Austin’s goal proving enough to get the points and hopefully put a dent in this distasteful lot’s promotion hopes.

Ahead of games it must be a matter of counting the players rather than selecting them for manager Eddie Howe. It didn’t seem to be that much of a problem when he sent Andre Bikey, Zavon HInes and Keith Treacy out on loan a couple of weeks ago but since then we’ve lost Jay Rodriguez and Martin Paterson with news, eventually confirmed by the club immediately after this game, that Ben Mee has now been ruled out for the season with a fracture in his back.

The count came to 13 first team squad players available and with Cameron Howieson, who made his debut four days ago as a late substitute in the defeat against Birmingham, dropping out with illness it meant a place on the bench for Shay McCartan alongside Steven Hewitt and Wes Fletcher.

It all started rather peacefully given what was to come, although Marvin Bartley, who believes he is being targeted, was the first player yellow carded for a foul on Navarro. I’m not convinced, both players went in together and I thought it could have gone either way.

We had started the better of the two sides and got ourselves in front half way through the half and it was all down to scorer Austin once the ball had been played into him by Josh McQuoid. He tried a first time shot but that was blocked by Adam El-Abd. Thankfully it went back to Austin who did so well to take the ball past the goalkeeper and then hit a left foot shot into the goal ahead of his surge to the corner flag to celebrate the goal.

Soon after we lost Bartley to a hamstring injury with Dean Marney, the only experienced outfield player on the bench, replacing him.

There was some good football being played by both sides and there could so easily have been further goals. We couldn’t quite work an opening and the best chance at the other end came to former loan player Sam Vokes who headed wide when he should probably have done better. Vicente had fallen down a few times, as is his way, but things were to get a whole lot worse in the second half.

That second half started with Brighton almost getting an equaliser. Vokes set up Craig Mackail-Smith who looked a certain scorer only for Lee Grant to pull off a good save to his left and then Vokes again missed with a good heading opportunity.

Brighton were looking a decent side but their attitude quite simply stunk. They were more intent on trying to get free kicks and conning the referee than maybe scoring an equaliser and that led to the temperatures rising both on the pitch and in the stands.

They made changes to try and alter things and we were forced to replace Austin after he went down with Navarro in close proximity. I feel the Brighton player would be in some trouble if this had been in the Premier League getting repeated showings.

It did, at least, give Steven Hewitt, his first opportunity in the first team. There wasn’t long to go but he did well, didn’t give the ball away and kept things simple. Seeing him, and Howieson, get debuts this week has probably been the most positive thing.

By now the Burnley crowd had just about had enough and the laughable departure of Poyet said so much about him and his horrible team. He left them to get on with it and we fought our way through, right through all those minutes of stoppage time before that final whistle blew.

As I left the ground I knew we’d had most of the yellow cards, and looking at the stats we’ve conceded more free kicks. I’d say that was down mostly to the total incompetence of this referee. On leaving the ground someone suggested they were just like the Leeds team under Revie. In fairness they are probably nowhere near as bad as that but in truth even the Boyesons of this world wouldn’t let them get away with what that Leeds team got away with.

I can’t believe there is a more distasteful team in league football right now though and I am so thankful, no matter how well or how poorly we might play at times, we don’t ever reduce ourselves to the sort of stuff we saw in these games.

Overall I thought this was a much better performance than at any time on Tuesday. We looked much more solid at the back, we worked tirelessly and I was so impressed with the partnership of Austin and Danny Ings up front.

I’m delighted we’ve kept two clean sheets against this Brighton team and I’m delighted to have done the double over them for just the second time. Now onto Doncaster with Eddie Howe back to his counting with Bartley almost certainly ruled out.