Harris back in and back out again 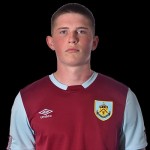 Under-23 striker Will Harris has been out on loan during the first half of the season but has been recalled to enable us to send him out on loan again.

Harris, who graduated from the youth team at the end of last season, has been playing with Colne but they confirmed today that Burnley had exercised their option to recall him. They said: “Will has been a fantastic part of the team and everyone at Colne FC wishes him the best.”

Harris scored nine times in twelve games for Colne, but earlier today, Warrington Town confirmed the signing of Harris. They reported that he’d joined them on a work experience loan for the next month and that he will be available for tomorrow’s home game against Atherton Collieries.