A first half lead and behind at half time before a trialist substitute scored twice in the second half to give us a 3-2 win against Middlesbrough this afternoon at Curzon Ashton. 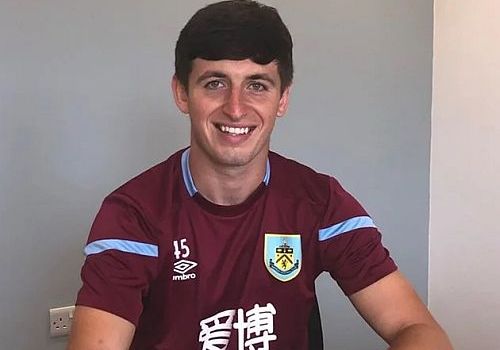 With a trialist, who we understand is from Blackburn, starting the game at right back, we dominated the first half hour of the game and could have had more than the one goal we did scored through Lewis Richardson, described as a well taken goal after he’d brought the ball down in the box.

Two minutes later a Richardson effort was saved with Max Thompson heading in the rebound only to be flagged offside and just before the half hour, goalkeeper Zach Hemming kept his side in it with another save to deny Richardson.

With an hour gone, and with us still trailing 2-1, Steve Stone made changes, three of them in nine minutes and it was third change that eventually paid dividends. He replaced Ne-Jai Tucker with a second trialist, one we believe to be from Sheffield United, and twice he was on the end of Anthony Glennon (pictured) crosses to regain our lead and eventually to a 3-2 win which has lifted us above Middlesbrough and back into eighth place.

« Joey is back with the Gas
Referee confirmed for Tottenham game »