New clubs for Howarth and Koiki

Midfielder Mark Howarth left Burnley two years ago while Ali Koiki opted not to sign a new deal last year and both have moved on to new clubs ahead of the new season.

Burnley born Howarth (pictured) had a difficult time with a back injury and was released after two years with the under-23s. On leaving Burnley he moved to Salford City but joined Marine on loan on Boxing Day 2019 to get some first team football and went on to play in all of their games until the 2019/20 season was suspended. 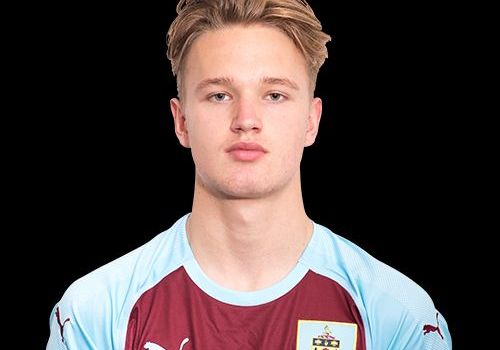 Last summer he joined Guiseley on a permanent transfer but one year on has moved to Marine on a permanent basis much to the delight of manager Neil Young who said: “Mark is a player I tried to bring back to the club last season, following his loan spell with us where he scored five goals in a short space of time and was excellent.

“I’m delighted he has now committed himself to Marine, as I’m sure our fans will be also, as I believe he has a bright future.”

While 21-year-old Mark will be playing for Marine, his former Burnley team mate Ali Koiki has moved to Northampton nine months after opting to leave Burnley for  Rovers having previously played first team football for Swindon during a loan spell from Burnley.

He made just three league starts for Rovers, along with seven substitute appearances, in League One before his season came to a premature end through injury but he’s been on trial at Northampton and has now signed a one-year deal with the club who were relegated alongside his previous club last season.

Cobblers’ boss Jon Brady said of his new capture: “Supporters will have seen what Ali was all about in his performance against Nottingham Forest. I thought he did well on Tuesday and we have been impressed with what we have seen from him in training over the last few days too.

“He has an excellent attitude, he is in good shape physically and he has settled well in to the group. It is important to have depth in the squad and to have competition and Ali certainly brings that to the left back position.

“His main priority is of course the defensive side of the game but he can also attack from full back and that is important. He has experience of playing in both League 1 and League 2 and I know Ali is excited by the challenge of joining Northampton Town.”