Search for points takes us to Spurs 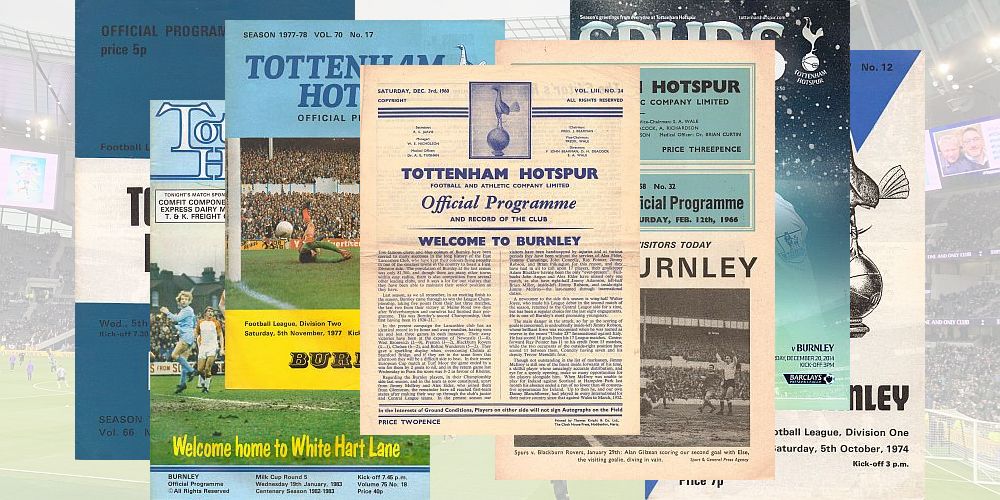 Fulham picking up seven points from three games in a week have left a few teams looking nervously over their shoulders and that includes us along with Brighton & Hove Albion, Newcastle United and even Southampton who have dropped like a stone with only one point from their last eight games.

As it stands, we sit two points clear of both Brighton and Newcastle and with a game in hand on both following Brighton’s controversial defeat at West Brom and Newcastle’s draw at home against Wolves. We also currently have two points less than Southampton.

Significantly, we are currently six points clear of third from bottom Fulham. The two teams below them, West Brom and Sheffield United, are surely all but gone but Fulham’s recent renaissance has given them very definitely more of a chance of staying up and they will play at Crystal Palace tomorrow before we kick off.

Spurs away. I’ve been looking through the history book of this fixture over the years I’ve been watching Burnley. My first two visits to the capital were to see this fixture but both in the FA Cup, at Wembley in 1962 and then White Hart Lane four years later; we lost them both.

Embed from Getty Images
Would a 0-0 draw be a good result tomorrow? I’d say yes. We’ve failed to score in seven of our twelve away games this season. We’ve only scored more than one on two occasions, firstly at Leicester where we suffered a 4-2 defeat and then in our last away game when we beat Crystal Palace 3-0. Given that record, we aren’t expected to cause them too much trouble going forward but one player who wants to put that particular record straight is striker Matěj Vydra whose last Premier League goal came over a year ago in the 3-0 home win against Bournemouth.

He’s scored three times in cup competitions, against Sheffield United and Millwall in the League Cup and MK in the FA Cup, and said this week: “If you’re not good enough you will never play in the Premier League, which I am playing, so I must have some qualities. Of course, if you are striker you need to score goals and then your confidence will go higher and higher.”

He added: “The closest I came to scoring was against Brighton and I was maybe missing a bit of luck in the second half. But I’m not thinking about not scoring goals too much. Sometimes when I think about it too much they don’t come. On the training pitch I feel good scoring goals and now I need to bring the goals from the training pitch to the Premier League games.”

Keen to get the week off to a good start, he said: “We want to start this period with a good result and a good performance, so hopefully everyone will be happy after Sunday’s game.”

With the injury situation, it’s been almost a different front two every game recently with all of Vydra, Ashley Barnes, Jay Rodriguez and Chris Wood missing games. Barnes remains out tomorrow but the other three all look set to be available which will give Sean Dyche a decision to make.

Besides Barnes, he’ll also be without both Jόhann Berg Guðmundsson and Robbie Brady for the wide positions while Erik Pieters is again expected to miss out. We do have Dale Stephens back which will be boost what’s been a very inexperienced bench.

The most likely Burnley striker to score a goal is Wood and he’s scored three times previously against Spurs, at Wembley, his first Burnley goal, in 2017 and in the home games against them in 2018/19 and 2019/20, that last goal was in the last game played in front of a Turf Moor crowd. I think Dyche will want Wood on the pitch and I suspect he’ll probably partner Jay Rod.

Although Tottenham’s recent results in the Premier League don’t look too good, we shouldn’t underestimate them because of this. They have lost five of their last six with the only win coming at home against West Brom while Sheffield United are the only other team they’ve beaten in the league since a big home win against Leeds on 2nd January.

It’s surprising to see them as low as ninth but they still have their sights set on a top four finish and currently they are nine points away from that although with four games in hand on West Ham who currently occupy that fourth place.

Embed from Getty Images
They very definitely have the fire power to score goals. The obvious two are Harry Kane and Son Heung-min (pictured above), both of whom have thirteen Premier League goals this season. They’ve relied heavily on them so far for their goals but they do have others in their squad more than capable in front of goal and that includes Dele Alli and Gareth Bale.

They completed a big win in the Europe League this week against Austrians Wolfsberger and have landed themselves a tie against Dinamo Zagreb in the round of 16. In the Premier League, they were beaten 2-1 at West Ham last time out.

Serge Aurier is expected to be available having missed the last five games with injury while the only player ruled out is Giovani Lo Celso who is still some way from fitness with a hamstring injury.

It was our first, and to date, only visit to the new Tottenham Hotspur Stadium and as debuts go this was very much one to forget.

Harry Kane scored in the fourth minute and if we thought it was going to be an uphill battle from there, we were 2-0 down on nine minutes when Lucas Moura got himself on the scoresheet.

To be fair we tried to get back into things and Robbie Brady came close when his header came back off the bar but just past the half hour it was all over when Son Heung-min got number three. We’ve all seen the goal, we’ve all seen it far too often. Someone should have taken a yellow card and dumped him before he even got over the half way line. To be fair, we do have to mention that Son picked up the ball around a yard outside his own penalty box, set off and finished by putting the ball past Nick Pope.

Embed from Getty Images
Kane got his second in the second half; Moussa Sissoko also netted and that was that, a 5-0 defeat although I have to say it was one of our own players who got the best reception of the afternoon. We made a substitution on 71 minutes with Aaron Lennon replacing Brady. The Spurs fans let Lennon know exactly what they thought of him with an amazing welcome onto the pitch.

It was a day to be forgotten.