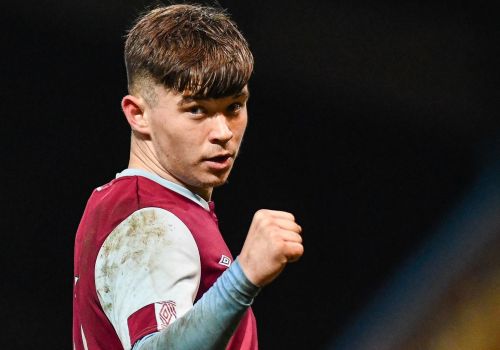 Some players don’t make it with Burnley but it is always good to see that they are progressing at new clubs and for one of them, Chris Conn-Clarke, it was a special day yesterday when he made his Football League debut as a substitute for Fleetwood Town.

In the last couple of years we’ve seen both Aidan Stone and James Clarke debut for Mansfield, Oliver Younger for Sunderland, Richard Taylor for Southend and Scott Wilson for Barrow, all players who had featured in our under-18 and under-23 teams. There are others who have also been in our academy such as Callum Styles who, at 21, has already passed 100 league appearances for Bury and Barnsley.

Conn-Clarke, described in Northern Ireland as the West Belfast magician, signed for us from Glentoran in the summer of 2018 as a 16-year-old, but he moved to Fleetwood at the beginning of February this year having previously captained our youth team.

There was even a link to Burnley past when the 19-year-old came on for Fleetwood yesterday. He replaced midfielder Harrison Biggins whose dad Wayne scored 37 goals in 94 appearances for the Clarets between 1984 and 1985.

Our congratulations to him.